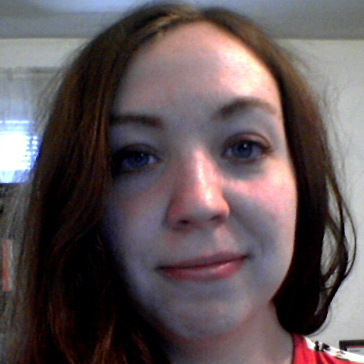 by "rating effect" i think the other teachers were worried about some "characters" being consigned to the book of laments... meaning negative behavoirs - might cause students to lose self esteem. My counter to this was of course that the other students already KNOW who the knuckleheads are - they are acting out in class or not doing their homework. in what classroom does a student NOT know this with or without Classcraft. I think their concern is that it is so public, it could look like shaming. in essence, though, you are using positive peer pressure to get other students to conform. Some of the teachers got this.

Hi Stephanie. I am here to report on my presentation. I have to admit, ClassCraft is a very appealing product to the eye and those teachers who had not seen gamification layers before were awed. One teacher mentioned a rival product, ClassDojo - that he used with his 7-8 graders. He says these sorts of gamification approaches work pretty well. More on Class in a bit. But even with Class Dojo he mentioned that he had some students who were on the verge of failing, come back with the help of the game.

I did a 10 minute presentation, prefacing it with the fact that I was not a gamer, and did not really "get" RPG games, but I know many do and many kids do.

Overall, the reaction was very favorable, though a few of the teachers were primary grade, and early childhood folks who while thinking it was fascinating, did not see an application for them.

A first year High school Chemistry teacher was going to promote the site to her senior teacher, fearing they would not let a first year teacher do something like this. I am not sure if you run into this much with this game, but it might be something to consider from a "marketing" perspective. I asked her to let me know how it goes.

My professor actually forwarded the link of the site to a colleague who teaches social studies. He was impressed I think. He had checked out the site after I had to let him know what site i was doing.

I have to say, I basically used the web site to present the product. Then I went in and created some scenarios to show the teachers the transactional aspects of the game.

A few other teachers shared my concern with the reference to dying in the game, and another teacher brought up gender role considerations, though those points could be argued.

The professor was curious if the grade book was visible to all students, and i did not think a teacher would use that aspect of the grades interactively during class, that this would be done in private so others would not see test grades.

Some teachers were concerned that the "rating" effect of the game could damage self esteem, but I pointed out that the behaviors being picked out - both positive and negative - are public behaviors. They are the results of public classroom rules, and deviations or adherence to such rules are often common knowledge in a classroom.

Overall a positive experience. Thanks for you help. I hope to be teaching a class soon someday so I can try it, but I will spread the word.

Now, as to Class Dojo - I am sure you have all the comparative marketing research, but here are my observations:

Class dojo is attractive, and works on exactly the same principle as classcraft. Set up seems easy. There is no option for creating teams, so right away this game does not have the collaborative nature that Classcraft does. That is a big selling point for Classcraft.

Also, despite my reservations about "dying" and entering the book of laments, it provides a game-like consequence to a real world action. there does not seem to be any sort of threshold in Dojo that makes me as a student WANT to avoid getting negative points.

Dojo allows entering of multiple students at once, this is not the team concept, but does simplify scoring.

They also have a random feature like the Random event generator in class craft. This adds unpredictibility.

The way points are collected and spent by students involves a greater use of higher order thinking skills to develop collaborative strategies. That is the main difference. While it is more difficult for teachers (and maybe some students) to learn, I think the payoff is that it

i figured that was you on the tutorial! I actually have set up my own smaller class and am getting more familiar with it. I used my school email and this seems to work.

I can't wait to present this. I did read that they recommend leaving the game up and that makes sense. As mentioned I am concerned of the overhead for a teacher to stop class, and add/deduct points for a group or student misbehaving, but as you say, Shawn is a teacher and was very sensitive to this, so maybe it takes practice.

For sure, I agree with the suggestion that entering data sooner rather than later is better.

Thanks again. I'll let you know the reactions.

Thanks, this is great. I will try to engage teachers in the forum to bring out their own experiences so I can present them to my preservice teacher group.

I have decided to set up my own mock class, using a different email, and I think i can connect again. for some reason when using my original login using MBiegner@charter.net, it tells me the user does not exist. I will go with my own class for purposes of my demo. I assume because I was using a "fake class" it does not let me save that setting?

The scribe idea is a good one, have a student record who gets what XP/HP points. I need to print and read the rules in detail. I am not sure what the relationship between XP and HP and AP points are. I know if they lose HP points they can die, resulting in a consequence.

I can see maybe spending 5-8 minutes at the end of a week to review statuses with the class, having a scribe record the + and -, then putting the numbers in after class, or during a free period. I realize some teachers can probably do this while teaching, maybe leave the screen up? That will need to be something I work with when I get into a class.

I have to tell you, I have a friend who is older, almost my age, not a teacher. i posted the link on my Facebook page and she is a hard core gamer, totally gets it! She thought it was really cool, and started giving me suggestions how I could use it, how many XP or HP points to give for this or that.

So i think you got the gamer perspective right. Which is why I think it would work for most kids.

Thanks for your help. I am going to present the site to the other preservice teachers. This is just so unusual and clever and cool.

Can you explain why even after I register, I must re enter the registration information? It does not seem to remember what I entered and I have to re register each time i want to play around with the fake classes. Thx

Stephanie - I went up to the site and registered. they have some pretty good video tutorials. So as I understand it, this is a way to track grades and behavior assessments for students, while providing a game like interface. Students select avatars and this acts as a tool to reward or punish students.

Is that right? It seems like a lot of work to set up.

And does the teacher then manage the assignment of the XP/HP/AP points? Can the students access this game from home? I think I see what you mean about it overlaying any lesson plan.

I am going to go through more of the videos when I have a chance. I can totally see 7th or 8th graders getting into this. It is not different from those data walls you see with school names as teams and encouraging students to work together - plus is has that Harry Potter/Tolkein feel to it.

I have to do a web site presentation for my Teaching with Tech course I am taking for my MAT, and I am thinking about doing this.

This is very cool, thanks for sharing it. I will probably have more questions as I go through it.

Also, I am a bit concerned about the casual suggestion of death, implied violence and perhaps gender roles as portrayed by the avatars. I realize this is mild compared to the games they play interactively, but when i went through tutorials, some of the responses were things like "So-and-so DIES", and I am not sure about treating death so casually.

I realize that might be oversensitive, but I wonder about this. I am sure the students love it because their media world is surrounded with this sort of thing. I mean, it is NOT depicted violence or sexism - more an implied sense of these things.

Does this concern you at all? has this ever been brought up by parents in using Classcraft?

Thanks again for sharing this. I will go back and try to learn more.

So I get that it is subject agnostic, but I am having a hard time imagining how i integrate this into a lesson plan or unit on say, poetry, or writing an essay. Can you give me an example of how you have used it? I have to say, I am not much of a gamer, but I can totally seeing students loving the concept of this as an "overlay".

Hi Stephanie. Thanks for this great tip. I am studying to be a 7-8th grade ELA teacher and looking for ways to use technology in teaching of writing and reading. This web site looks interesting.  I love the platform and subject agnostic nature of the game.

It certainly would engage students of today!

Have used this in class yet? There were no ideas on the web site of how one might use this in a standard ELA class teaching common core material. what are some ways I might do this?