I moved my blog to http://thejmartbrand.wordpress.com.

Just how many blogs is enough?

Please go to this site for my blog:

Barriers to Personalized Learning in Schools

At the CoSN conference in March 2008, I led a birds of a feather discussion about Long Tail Learning. Our discussion hit on trust, student privacy, and school district liability. We came up with a list of barriers/challenges:
# The classroom model of traditional education: 1 teacher, 25-30 students
# The Carnegie units system of measuring learning by time and place
# The ability for students to self… Continue

Pink Floyd - The Wall- Another brick in the wall...

As there seem to be a lot of people out there in this community I have decided to start a blog on my experiences with EPortfolios. I have started to work on this topic when I was asked a year ago if I was interested to take part in a European Sokrates project on the implementation of ePortfolios in Baden-Württemberg. Well, there weren't too many people with the necessary skills, experience and enthusiasm- so the job got stuck with me… Continue

I started with the Hungarian NanoScience Network in november 2007... After 4 months I can see that NING networks work withou borders... With 440 members it is now time to change the name of our community to THE INTERNATIONAL NANOSCIENCE COMMUNITY!

This past week there was a gathering of all Intel(R) Teach Senior Trainers. We reconnected and learned modifications to the Intel(R) Teach program. I am excited for the changes as I believe each is designed to help participating teachers learn how to implement the concepts in their classrooms. As Senior Trainers, we tried to challenge each other to learn how to use different Web 2.0 tools - that was a lot of fun!

April 17th is POEM IN YOUR POCKET DAY. The idea is simple: have your students select a poem they love during National Poetry Month then carry it with them to share with other students on April 17.
We are looking for elementary classrooms to SKYPE with our school for our Poem in Your Pocket Day event! We are hoping that other schools will videoconference with us throughout the day to share poetry via skype! Interested in joining us? Leave a… Continue


We start piloting with programs starting this summer in-world (… Continue

This blog will be live from the ESSDACK Technology Integration Study Group that meets the first Friday of each month in Hutchinson, Kansas. See you Friday!

A lot of folks in our district like Google Earth, and now it's augmented with Google Sky. There's an older tool that I've shown to some teachers in the past that I also think is still worthwhile, called Celestia. It's a free download for Mac, Windows, and Linux users.

I've made an instructional video introducing the software; kind of a "try before you buy" experience to see if you want to invest the time.… Continue

I would like to thank you for attending the Web 2.0 Workshop Series this week. I do appreciate your time and efforts in making these sessions a complete success!

Look forward to seeing you all then.

The smart board will be here for next year and I must say I am excited. Though I am concerned with the placement of the board. Why? because my room is a band room and it has a tiered floor and is in the shape of a triangle with the hypotenuse being a solid wall of widows from floor to ceiling I'll let you guess which wall the students face when their in their seats.

Below is a post published on my Seattle PI Reader Blog - Videoblogging 206. Kevin is interested in multimedia journalism and I'm teaching him the "tricks of the trade" through a variety of communication vehicles. (Update: Cool. The Ning system accepted all of the embedded players I'm currently using.)
--------------------------

I'm playing an April Fool's Joke on my Students!

I've always thought that the best classroom behavior management strategy is for the teacher to become the class clown. So to practice what I preach, I decided to play a little joke on my students in honor of April Fools! Check out the pictures below! 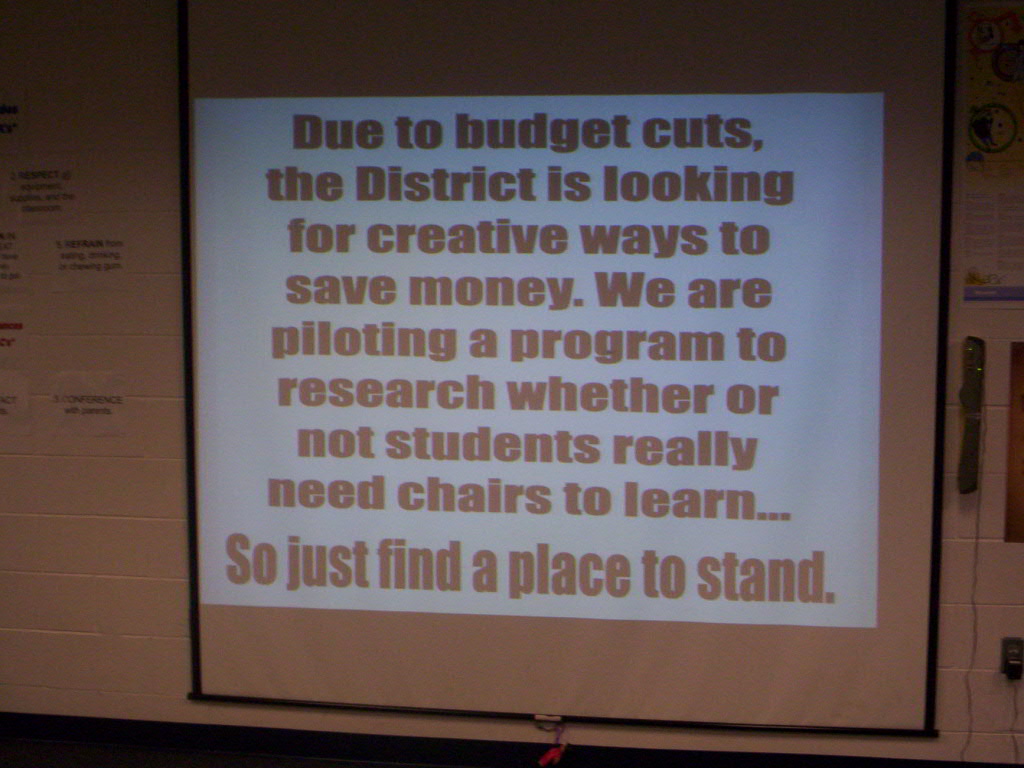 When students enter my classroom this morning, they will find no chairs and be greeted by this message!… 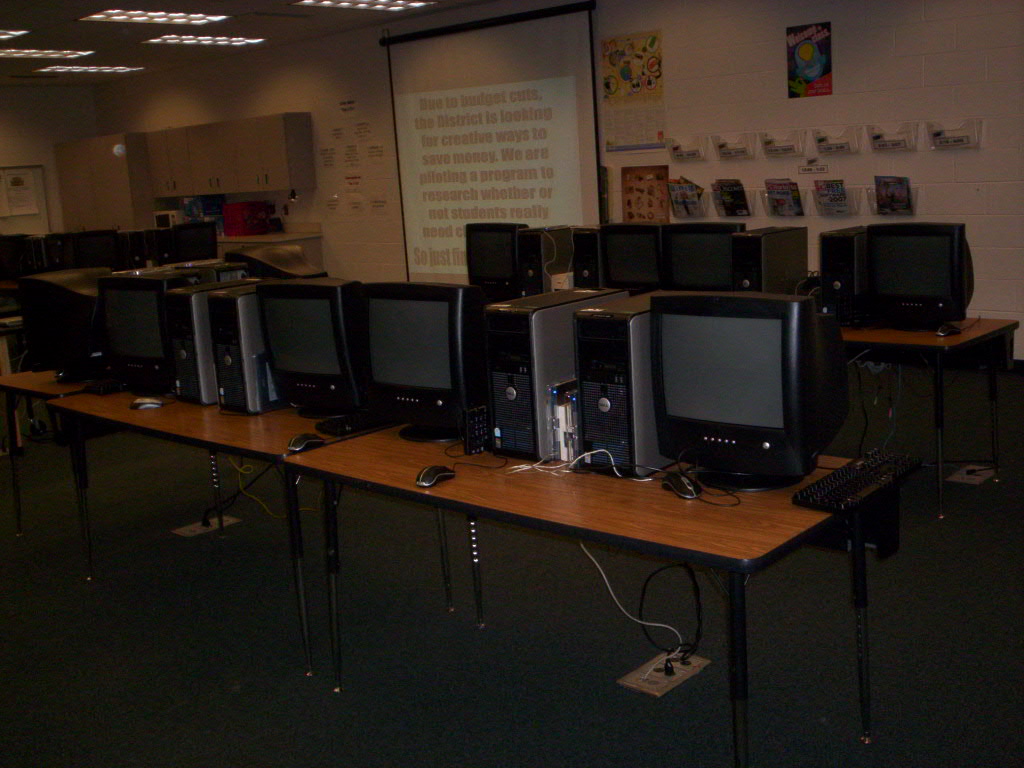 Audio and Video Web 2.0 Tools for Instruction and Learning

A live online meeting and synchronous discussion is scheduled for Monday May 5, 2008 at 9.00 P.M. Jerusalem on audio and video for instruction and learning at… Continue