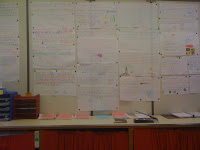 Today I had my students get into groups of four to compose sentences with complements. First they were to create a sentence with a direct object.

Then each group was…

Social Network Sites For Middle School Students Should be Banned...Really!

I am begining to understand this Web 2.0 world (Finally!). I read various blogs discussing the marits of this new
world in education. Love the buzz in the Classroom 2.0 site. I am
shifting to see educational benifits beyond the Web 2.0 hype
(Sorry...some of it is hype). Part of my challenge is I work in an
elementary setting. K-6 students online is a very touchy subject in my
district. We are still embracing Web 1.0.

I am Banani, I am an ESL teacher working in the Gulf. I would like to enrich my self by being a member of your blog

Integrating Technology In The Classroom

The invention of technological tools has brought in sweeping changes not only in the industrial sector but also in the educational sector. According to Englesing people used to read books individually or extensively by lending and borrowing material in the past which has changed with times. George landlow (1992) and Jay bolter (2001) have examined as how computers have altered the…

Can we change educational resources?

Remember when you used to go out and buy an album for that one song you loved? You had to pay a fortune for "Smoke on the Water" and "Space Truckn" but really never listened to the rest of Machine Head (forgive me, those of you who would get a reference to Thriller but not Aqua Lung). Technology changed that and now I can download or even "share" music at a fraction of the cost. People are still creating music and people are still buying it, it's just more efficient.

For the most… Continue

Using Pandora Radio in the classroom

I recently spent an afternoon goofing around on youtube.com searching for Spanish and Latin American music to use with students. As much as I adore mariachis, Celia Cruz, Plaza Sésamo, and Marc Anthony, I…

Just Call Me the Post-it Queen 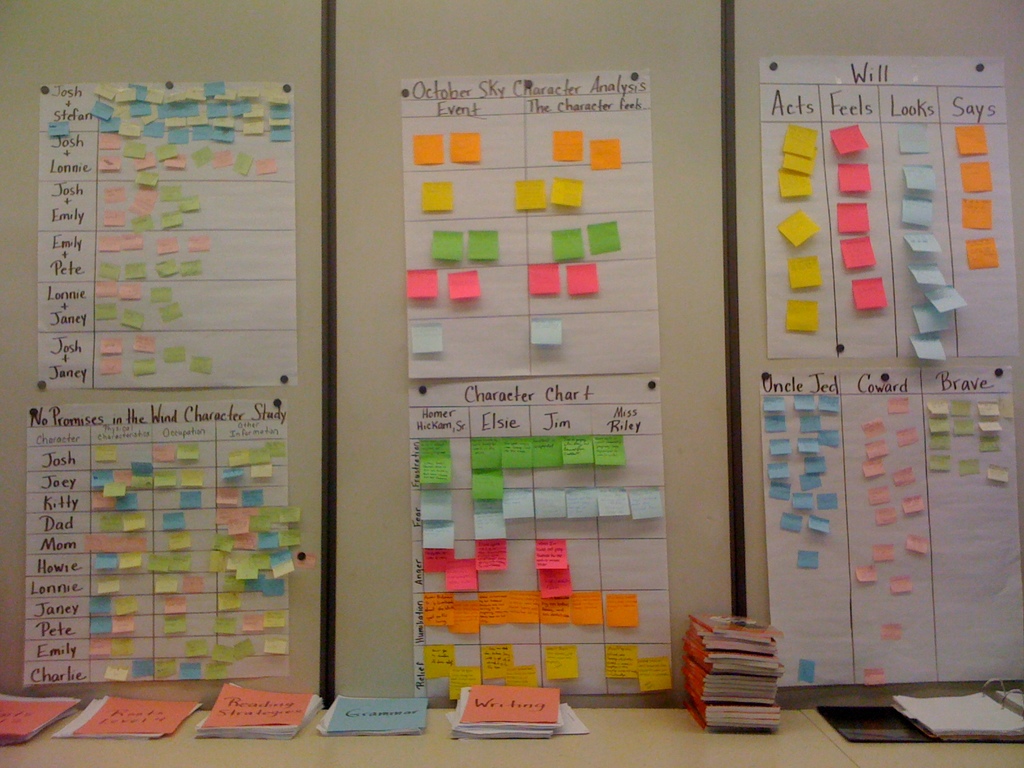 I LOVE post-it notes! I have students use them in all shapes and sizes for a variety of purposes. They’re not only a quick way for students to share ideas when working in collaborative groups, but they also help to add a bit of color to my otherwise white classroom walls.

Today, I learned about wallwisher…

Here is a site that will allow you to print all of Shakespeare's plays in their entirety, by act or by scene for free. It is something that I have recently developed and would be interested in what you think about it.

Please pass it along and enjoy

or you can find it at www.readingahead.com

I would welcome any examples or ideas on how to incorporate project based learning for senior high school students! My school is moving to a more project based approach and I'm not sure how my grade 12's will respond to it, considering they have a standardized test at the end of the year worth a big percentage of their overall mark.

Art Contest for Students with Special Needs THIS WEEK

MangoMon is celebrating the launch of their newly redesigned website with an art contest! If you know students who love to draw, this is the contest for them! Expressing ideas through art is a great way to enhance creativity. That's why we want to see how creative your students can be! Submit any artwork from your students for a chance for them to win some great prizes.


The contest is free to…

Let me tell you when the penny dropped

So I am in my classroom and I have written a long note on the board and a student is not copying the note. I am slightly dismayed at this and say to the kid "hey you need to get this note down." He looks at me, stands up, steps back, takes his cell phone out of his pocket and takes a few pictures of the board. "I got it" he says.

The Constituent Relationship Management solution chosen by hundreds of colleges and universities.

As Director of Institutional Information & Technology in an institution of Higher Education, much of my work day revolves around software applications used in administrative processes. While my primary focus on EmergingEdTech will always be applications and tools for the…

I will be moving to Arizona to teach at ASU in the American English and Culture Program. I am really happy about going back to live in a place where the sun shines everyday. As I sit here in a very dark and gloomy Kalamazoo, Mi.
I have been using computers in the classroom for a while and I am always looking for people to share new ideas with me. While living here in Michigan I discovered the Michigan Association for Computer Users in Learning. This organization…
Continue

What Are the Relationships Among Standards, Assessments,and the Structure of Content? by Ruby L. Payne, Ph.D

In order for teachers to understand the content they are teaching, they need to understand that there are basic units of the subject matter that are built upon. These basic units are the building blocks of the content which over time are linked into a greater understanding of what is being taught. Dr. Payne breaks content into the "what", the "why" and the "how". She states that too often, teachers spend too much time on the "what" and not enough time on the "why". As a math teacher, I find…

Children and Technology: " A 2.5 year-old has an encounter with an iPad"

Collaborative Creative Storytelling on a Microsoft Surface: The TellTable

Here is a link to a video and blog post about the TellTable application, created for the Surface by Microsoft Research (UK). The TellTable was located in a primary school's library and was a great hit. I wish every school library/media center could have one!

My recent post on the Interactive Multimedia Technology blog contains videos from the recent Facebook f8 conference, targeted primarily for developers. It is worth watching the videos, as you'll see that the next transformation of the web will also bring up additional privacy & security concerns that we all need to know about.

Wrapping my head around f8…

Hello all -
I am long…
Continue

Thank God the test is over! I LOVE teaching more than anything and I feel as I am an effective teacher, so why does it stress me out so badly? I don't stress about it weeks before like some do, but the week OF??? Oh my gosh, I am a wreck. This year was worse than the previous years though. I think the lower the students in the class, the harder I work, and the less evidence is shown in the end. One child that I was very worried about tried so hard. I was proud of her, but one little boy... I… Continue