There were no Tech Explorations this week.. which I must say, was a blessing! WebQuests are much more complicated than I originally thought, and the extra time was much appreciated. After doing much research and exploring in the WebQuest world, there was much to take in! Though they may look easy and like lots of fun for the students, there is a lot of time and attention to detail to making these quests.…

Have you been wanting to learn 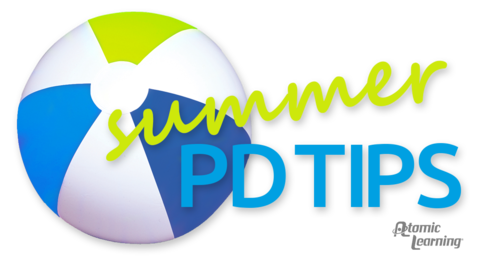 more about technology integration but had problems finding the time, or confused about where to start? Are you less-than-enthusiastic about boring professional development that doesn't seem related to what's happening in your classroom? Or do you understand the basics of technology integration, but you would like to see new ideas? Let Atomic Learning…

Understanding conflict, power, and the dynamic results that occur when conflict takes place due to power or the perceived lack thereof is an important aspect that needs to be understood in order to improve functionality inside an organizational culture.  To understand conflict and learn to value it, a leader and those within the organization must understand what conflict is and the healthy response to conflict that is needed in order to produce positive results from this perceived negative…

I have used Livescribe pen and pebble program to create lessons for the class and post it in the Moodle. This makes it easy for the students because they don't have to carry around paper handouts. I have also created instructional videos for the class which they can watch many times at their own pace. it is another tool for differentiated instruction.

Barriers that prevent the use of ICT

I want you to identify some barriers and their solution which prevent some institution in being able to embed ICT fully.

Using Amazon whispercast to "Publish" to your school iPads

One of our principals asked how he could get 32 copies of a the book "How to Create a Culture of Achievement in your school and classroom" onto his teacher's iPads.

The answer was Amazon…

Managing your iPads with Apple Configurator

For the past year and a half I have been using Apple configurator to manage our district's iPads.