A great deal of confusion exists in the educational community surrounding the issue of using copyrighted materials in classroom instruction. I was fortunate to attend Dr. Renee Hobbs' copyright workshop recently at the ISTE2010 conference, and captured these high-points of her presentation on the latest in copyright law. It should also be noted that ISTE NETS-T, section 4,…
Continue

India Should Forget Its $35 computer

Going for Cheap: India’s $35 Computer - Digits - WSJ
So, variants of the above article have been running all over the Internet, newsrooms, and blogosphere this week. India has a $35 computer. Great!

Except that they don't, probably won't anytime soon, and likely shouldn't anyway. Shouldn't? Yep, they shouldn't. Yet don't expect any of our journalism corps to ask…
Continue

CAT 2010 exam in India will be held from October 2010 to November 2010. Like previous year this year also CAT will be online Lakhs of mba aspirants will strive to get admission in top mba colleges in India such as IIMA, IIMB, IIMC, IIML, IIMK. But it is a harsh… Continue

Cross-posted from the Impetuous Geek

No one is reading online content! Yes, that's right, according to a…

Yesterday I gave you my top seven cloud-based applications. Today, I decided to make that the first in a top seven series and offer you my top seven online resources for teachers. All of these are sites I've used in the past to find lesson ideas, videos, or interactive elements that I could use in my classroom, and all…

Harvard Business School’s CIO delivered an engaging keynote address at the Campus Technology 2010 Conference. It included this set of recommended practices that all IT shops should strive to incorporate.

For this week’s post I’m taking off my Ed Tech hat, and swapping it for my ”IT Manager” hat. While I am undeniably an Education Technology enthusiast and advocate (alright, I’m a tech geek), professionally I am first and foremost an IT Manager. Mr. Laster’s…

If you edit the same files on several different computers you could make use of Dropbox. It gives 2 gig of file storage space for free - I doubt I will need a memory stick again. It runs on Windows, OSX and my Ipad with no problems.

As I've said before, cloud-based applications play a big role in my everyday computing and my classroom tech integration. Here's an annotated list of my seven favorite cloud tools.… 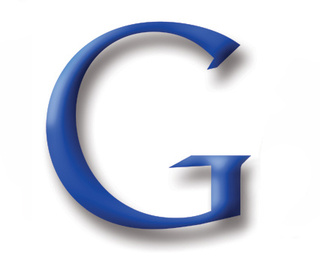 Rachel, I think to build a community in the classroom students have to feel safe. They need to feel the teacher's genuine love and care for them. If you can create a family atmosphere in the classroo…

Rachel,
I think to build a community in the classroom students have to feel safe. They need to feel the teacher's genuine love and care for them. If you can create a family atmosphere in the classroom, then that will help so much. Continue

Mark, what is the new virtual classroom?

Mark, what is the new virtual classroom?

A recent Supreme Court decision to decline to hear the appeal of a public high school student whose diploma was withheld after she discussed her Christian faith in her valedictorian address may have resonating effects on religious speech throughout the country.

Erica Corder of Lewis Palmer High School in Monument, Colorado gave a 30-second valedictory address in 2006 that detailed the Christian gospel. As a consequence, the school withheld her diploma. They responded that the…

Educational Technology for the Deaf and Hard of Hearing

Please visit my blog at http://edtechdhh.edublogs.org

Here are a couple of good publications to read!
Connected Youth: Theme of current issue of IEEE's Pervasive Computing Magazine…

Amity University - Amity School and college in Gurgaon, Noida, Jaipur brings a relief to all the students in India aspiring to go for engineering & medical college and take their career to the next level.