So, I've 3/4 of my way through the two week Australian Spring holidays - and I've started considering our final term for 2008. To see my thoughts and "To Do" list - check out my blog. Please share any suggestions/ideas/strategies you think might help! 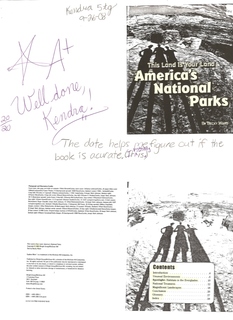 We just wrapped up a two week unit on exactly what it means when the teacher says, "You have to read nonfiction differently." Kiddos at my school have HEARD that phrase before, but many could not really explain exactly what that meant. So on Friday, as an assessment, I had them write out answers to these three essential questions which we had discussed… Continue

Fair Use and Copyright- My Thoughts

If there is a area in education that is more murky I am unaware of any. There is so much conflicting information on what educators may and may not use for classroom instruction ,that most of us end up hopelessly lost reading the small print. So after reading everything I could find on the subject I am going to take a stab at figuring it out. Since I am not a lawyer ,just a humble educator , I always hope that the effort I put into citing sources counts. So here is my best… Continue

About 1.5 weeks ago I rolled out my class blog (Mr. Lane's Computer Applications/Web 2.0 Blog) as an interactive tool with my 8th grade Web 2.0 technology class (the first few weeks it served, more or less, as a Web 1.0 tool). After working through the layout of the blog, we read together a post, and then I asked them to submit a comment. Before they commented I spent some time discussing the importance of making sure the comment was free of spelling… Continue

After considering my sources of inspiration and the power of passion in the world I put my thoughts out there on the web - "Connecting with Passion". Let me know what your thoughts are :)

Find more videos like this on Classroom 2.0
I wrote about this video in a post called, Who are the people in your… Continue

To maximize the learning efforts of online tests in virtual classroom, teachers need quick insights of miscellaneous test results in a simple yet smart report.

September 25th, 2008 - More and more teachers are benefiting greatly from the simplicity and flexibility of online tests and exams to measure learning performances. Teachers would have obtained the value of assessment results for effective teaching and learning, with detailed test items and responses in an… Continue

Here are some excellent and helpful links for you to use at home. These websites support our curriculum!

Resources to teach students about the election

Videos can be made from images and music can be added as a sound track.

Student videos can be as short as 30 seconds or longer.

Students can make videos of their class projects and embed them in a class Wiki, blog, or in a multimedia presentation.

Ok, not so much fighting, but trying to build an argument. Our tech people do not want teacehrs using wikis in their classrooms because of concerns about control. I'm looking to build up a great argument to present to the Superintendent so that we might be able to win this battle. All suggestions are welcome! 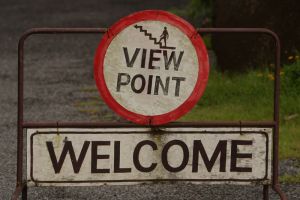