How's This for a Short Copyright Review for My Students?

Here's what I am giving to my students next week. What do you think? I want it simple enough for them to pay attention, remember, and follow.


" Let's all check our sites and make sure we aren't violating copyright laws. We need to be absolutely sure we are not illegally posting pictures, lyrics, songs, games, artwork, graphics, text, etc. I'm pretty sure I will find… Continue

Hope you're safe and sound

To all those of you in Southern California impacted by the fires, my thoughts and prayers go out to you. I was evacuated for a couple of days, but am very lucky to have a home to return to. When we finally go back to school, I look forward to helping students try to get back to normal. Thanks to all the firefighters, law enforcement personnel, and relief workers who are working so hard!

Smart Technologies, maker of the SMARTboard, is showing Edusim on their boards at Educause (this week)!

Smart Technologies (maker of the Smartboard) is starting to show Edusim on their boards at trade show - starting this week at Educause in Seattle !

The above video is their… Continue

The Children’s Internet Protection Act. Last week I gave a presentation at OLEMA (Ohio Library Educational Media Association) and was shocked to hear of the number of books and articles that are or have been either challenged or banned in libraries. The ALA (American Library Association) site in “Second Life” has some great exhibits on this subject. The assault on free speech is relentless.…

Who's being educated? ME!

I teach a course on educational technology at Colorado State
University within the teacher licensure program. We are eight weeks into the semester and it
has been a very interesting ride so far.
I must admit that I entered the class somewhat naively, thinking that my
students, being “digital aboriginals” would embrace technology, embrace a more
collaborative approach to teaching, how wrong I was…

Here are some of my…

I would love to be able to post entries here in my Classroom 2.0 blog and have them appear on one or more of my other blogs, particularly IUCALL (http://iucall.blogspot.com), but more importantly, I would love to have my posts in IUCALL appear here in Classroom 2.0.

Does anyone know if this is possible? Don't talk to me about using RSS. RSS is great, but it loses functionality of the blog. Check out… Continue

Media Ethics - Where Do YOU Stand?

Last week, Ed Bott hosted an interesting poll
on his ZDNet blog regarding digital ethics. The poll, entitled "When is
it OK to copy digital media," has received a fair share of attention
from his readers. I thought it would be interesting to see where we (as
primarily an educational community) stand on these issues -
especially in comparison to the readers of Ed's blog. Anyway, here's my
version of the poll… Continue

My kids and I have access to a pair of XO laptops, from the One Laptop Per Child program at the MIT media lab. I’d seen & held one before, so I knew what to expect from the physical form factor. We’ve since been coming to terms
with the software.

So far, my kids favorite “activity” (new jargon — something like a combination of application and file) has been TamTamSynth, which lets you make weird sounds (most of the time) and…

A good use satellite imaging for Current Events, Science, and general conversation. More details below: 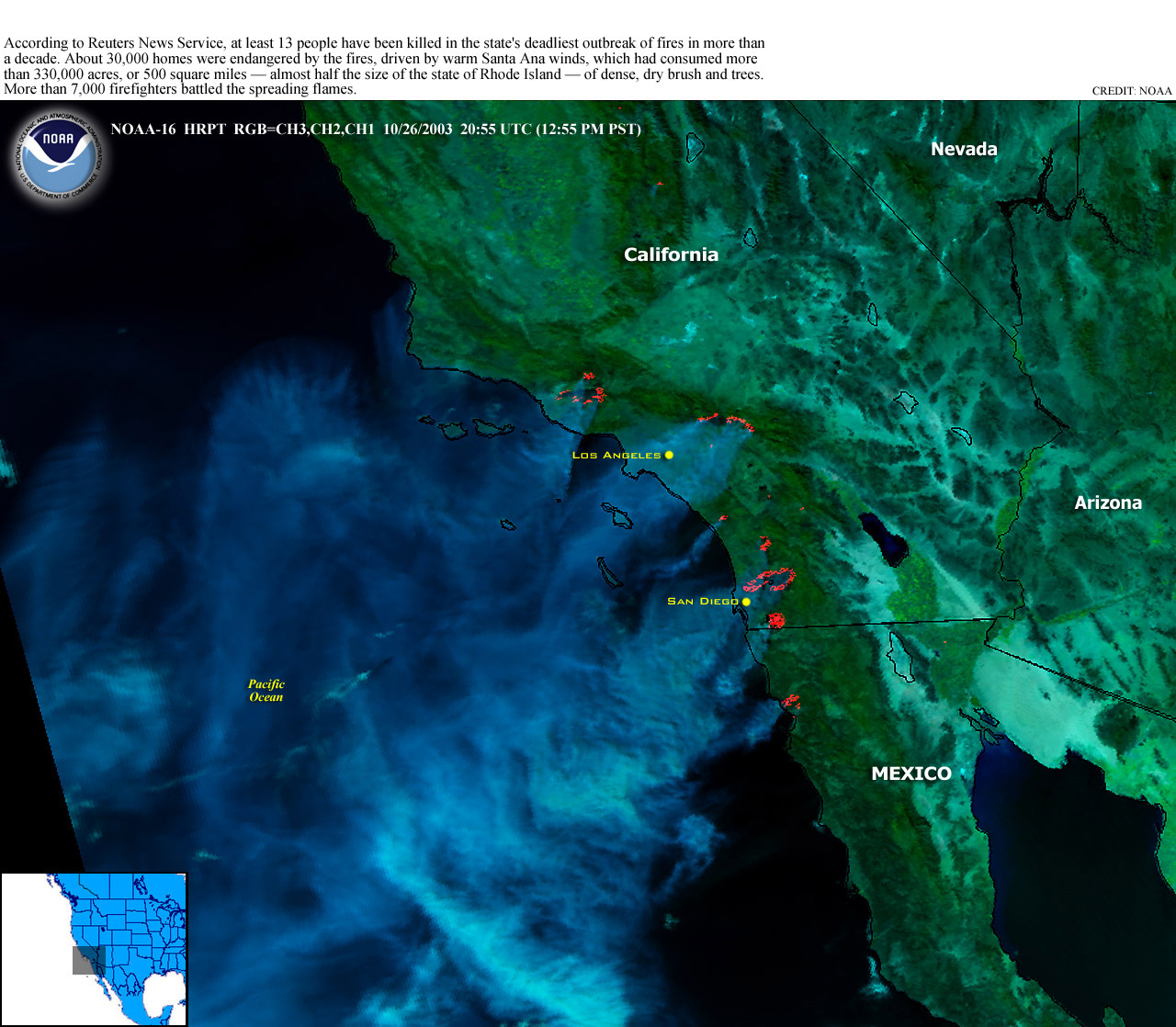 Teachers can share these amazing images with colleagues and students. As you can see, there is a small image that shows the area that the GOES-11 satellite covers. The larger image is the California fire and smoke areas. You can see the smoke from the fires that are blown west onto the Pacific Ocean. More… Continue Cross-posted at Chalkdust
While we are painfully late in getting these out to the teachers, here are
the courses I am offering to our staff this fall. Please let me know of
a few things as you read this:
Continue

My day is spent still observing my c.t. and getting used to the building. There was a new set of students in the AIS class today, due to the A/B day schedule. I think it is there I might build a closer connection with students because the work is one on one. There is no lesson planning for AIS because it is the Learning Center as well. The students come in to work on essays or work for other classes. The drama class is watching Taming of the Shrew and we are finishing the movie as well as… Continue

The fourth article in the series is now available. http://blogs.usask.ca/medical_education/archive/2007/10/active_learning_4.html

For blog posts, visit the Tech Fridge website. Posts are added once a week, generally on Monday. It's the "coolest" place for technology ideas.

What is your point of view regarding globalization in the emerging countrires like Mexico?

I would like to know more about this American former President.

what do you think about the japanese culture and life-style?

¿Why does the people in the whole world are so worried about the globalization?

¿Why does the people in the whole world are so worried about the globalization?

what is the impact English language in other countries?

what is the richest country by its economy???

why globalization is important for our lives?