Teacher Education - How soon in the classroom?

For those of you in colleges of education, how early do students begin to get actual classroom time? In year one, two? Is it a functioning role or a passive role? I am curious as to how others are doing it, thinking of changing to improve the experiences of teacher education candidates befroe they hit the real world.

Hi there!
I'm doing a list of all free websites where we can download any video (on a wiki page) to share with my Bulgarian colleagues. This is a gloggie I made in English on the same topic. Sharing it with you I'd like to get more information about the similar websites you have been using on that purpose. Thanks in advance!

Quote of the day

"Web2.0 has moved the Internet from our traditional one-way information flow to a two-way "conversation" in which the Three R's have been supplanted but the Three C's: Contributing, Collaborating, Creating- through mediums like blogs, wikis and twittering."
-Steve Hargadon, Social Networking in Education- A Whitepaper.
Educational Networking: The Important Role Web 2.0 Will Play in… Continue 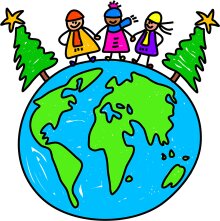 Exploring the World of Free Teaching Productivity Resources on the Web

There are so many free productivity tools available on the Internet for today’s educators. I’m creating a resource page that list many of the most useful ones, and I’d love to have your input!

By “productivity” tools and resources, I am referring to tools that can help teachers get their jobs done more efficiently or effectively, at no cost (beyond the effort required to use the resources, of course). There are so many of these types of tools out on the…

Well, here is yet another online social networking sight to sign up for, manipulate to reflect the real me, and try to manage and organize on a consistent basis. I like the ability to change the color schemes and fonts, as well as post photos and video that fit my interests.

Today my students see this interesting video about Heifer International, that has built an educational
global village near the U.S. southern city of Little Rock, Arkansas
representing housing in various poor areas of the world. American
school and business groups come to the village to learn what it is like
to live in developing countries and spent a night in the global village
to experience some of the hardships.about… Continue

Just in case people missed it, you might want to review The Best Web 2.0 Applications For Education — 2010.

Just in case people have missed it, you might be interested in reviewing The Best Web 2.0 Applications For Education — 2010.

Need help with a student project

Hi all,
I need help with a student project. I have a student who wants to look at the relationship between how fast someone is going, and the time it takes them to stop on a long board (a type of skateboard).
It's pretty easy for you, just share the following link with your students:…
Continue

Gotta love me some Delicious sites!!!

I have provided a link to the bookmarks that I have created in my delicious accout.

Link to my Delicious page:

“21st Century Digital Natives” is a phrase that has been used in education for several years; Marc Prensky (2001) first coined the term digital native to refer to today's students. They are native speakers of technology, fluent in the digital language of computers, video games, and the Internet. By introducing a 1:1 laptop scheme, schools can capture the interest of these “digital natives” and enhance learning and… Continue