Happy New Year and thanks to everyone

Just to say thank you to everyone for a wonderful 2007. I have made so many friends, learnt so much from this site, started to see my classroom walls tumble down, my staffroom walls exist no longer and start an incredible journey into the wonderful world of web…

I’ve been using the word globalization and doing international kid
projects for a long time. It was just recently that the “realness” of
the so called flat world struck me — and my students. Benazir Bhutto
was killed in Pakistan - and the significance was enhanced because my
students and I had been engaged with a class from Karachi for the past
six months, Ms. Elahi’s grade 5. As we had shared details about
culture, videos, poetry, and worked together in the… Continue

This is a kind critical analysis of Classroom 2.0 Network's americanocentrism and a charge against standardization of the world by the exclusive use of english language... In the name of the nearly 300 members of our educational network L'école Hors les Murs/School Outside The Walls and specially in the name of our coadministrators Gražina (Lithuania), Lea (Czech
Rep.), Elena (Romania), Vincenzina (Italia) and Józef
(Poland), we send you our best wishes for the New Year and Long…

Larry Ferlazzo's Website of the Day is hosting a What did you learn in 2007? querey. Check it out!

The World is Watching!

I am a regular education classroom teacher, and I’m trying to engage the students. By using technology and media we have the opportunity to have our produced content actually meet an interactive audience. So off we went. This particular class has “bought into” their education more than others and I wondered why. I wondered, what makes this class more responsive learners? Even though I have integrated a lot of media and technology over the years, this is the first year I have made our… Continue

We've redesigned our website. Please drop by 21cif.imsa.edu and check out the changes?

You'll no longer have to login to access our resource kits.


We've added a direct link to the Information Fluency Group here on the TeacherLibrarian Network to our main menu.

And now a word from my favorite playwright:

William Shakespeare, The Taming of the Shrew, 1597

It is true, I am addicted to learning, and I don't want to use a twelve-step group to get rid of it *:-) I hope to remain addicted.

I have a blog that is at http://www.leadingasenabling.blogspot.com

Being an absolute beginner at web 2.0, I started in June, 2007. So, I am going to reflect on the 10 web 2.0 sites that I have enjoyed using most this year. I am following the lead of my friend Chrissy, Teaching Sagitarrian who helped start me on this amazing journey. NZ Chrissy decided to blog about her favourite 5 web 2.0 in the classroom for 2007 so I will share mine with those who might be relatively new to all this.

2008 is very near now, and I wish everyone success and a wonderful learning year *:-)

I am looking forward to my new experiences here at Classroom 2.0.

Sometimes it's all just about…

Join Virtual Worlds a group set up for educators using Second Life or other virtual environments in the classroom.

It is important to be cognizant of which organizations own major media outputs.

Due to the Robust Keyboarding Discussion at Classroom 2.0

The latest and greatest links in the Teacher Toolbar are all about Keyboarding. After downloading the toolbar, click on the apple (Classroom Resources), then Career Tech Ed, then Business and then Keyboarding. Have a site to add to this list of great keyboarding links? Send me your comment and I'll pass it along to the Toolbar Team. Thanks!

Show Me the Money

The Latest and Greatest segment of the Teacher Toolbar now includes GrantsAlerts (http://www.grantsalert.com). Be sure to check out this valuable resource that is all about helping teachers. 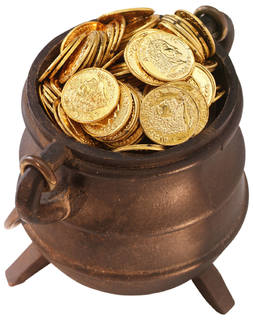 ActivityTV (http://www.activitytv.tv) is not an oxy moron or a couple of words poorly juxtaposed.

What I can tell you is that after spending several minutes at the site, I'm able to perform basic magic tricks, create a serpentine bracelet and maybe cook up a new something-or-other for dinner.…

IT literacy at my institution

I´ve created a short video on ANIMOTO. Give it a… Continue

Why Should We Learn By Doing? - Schools competing for students imaginations


My Observations:
The Kids got a Wii this Christmas - so we un-boxed and set it up. The graphics are not what PS3 and XBox has to offer - but the interface
is amazingly intuitive.

Stream live video from your phone - to the world

What's Qik all about?
Go live with your life by streaming anytime, anywhere — right from your phone. Be an eyewitness, capture those first steps, or whip up
your own streaming video blog.