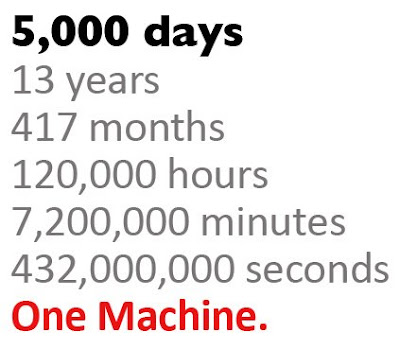 No this is not the "Charlie bit me" video. This is Mike Wesch's presentation to the Library of Congress entitled "An anthropological introduction to YouTube." Mike is the creator of the now famous video - Web 2.0 Explained. This presentation really speaks to how widespread YouTube is and the notion of video blogs (… Continue

I believe in YOU! Do you believe?

What a breath of fresh air and a burst of energy. Do You Believe?

In an era of NCLB, Assessment, and Accountability, there is a voice we should all be listening to. His name — Dalton Sherman and the many others across the great… Continue

Is This Good for the Company? (For Teachers & Students)

Over the past few weeks, I have been blogging about Web 2.0 tools and lists of great resources for school, work, life, productivity and more. Exploring, reading blogs and learning about these wonderful tools can take a lot of time and I'm sure I'm not the only one who juggles between work, family, and just getting on the computer to Stumble Upon or learn new techonlogies.…

Mashable always seems to have a few great finds. This is the mother load of Web resources so surely there is something here for you. Check it out.

I don't remember much of my first day of high school. I guess I probably remember being nervous, somewhat fearful of the juniors and seniors, but most of all a bit awkward about being in a new environment and about four foot tall. Well today I watched my oldest boy, AC, head out into the whole new world of high school and it really brought a lot of tears to see him go off. As he walked off down the street to catch his very first "yellow dog" I was comforted to know that there was a nice blue… Continue

Tools of the Trade. Oh the joy of the first week of school. Nothing like going with mom to the store and buying your new clothes, school supplies and Snoopy lunch box. Today, students are probably no different. I can see it now... go with mom and dad to get a new laptop, iPod, digital camera and upgrade to unlimited text messaging on the cell phone along with the… Continue

I bumped upon this great post by Mathew Inman who shares the State of the Web 2008 through a set of his own illustrations. I just thought it was a great recap of some very interesting and real experiences that transpired this summer. Click image to see the full summer recap.…

I'm looking forward to diving into this world called Second Life. Quite honestly, I really don't get it and don't understand why their avatars are so "off-the-wall." I assume there are good and no so good "islands" in the 3D environment, but I've just struggled to find out what the point is. So in any case, I am going to dive in 3D glasses and all and join in to participate in this Pre-conference for Learning… Continue

I think they got it right...who would have known that my toaster would have more computing power than this thing. 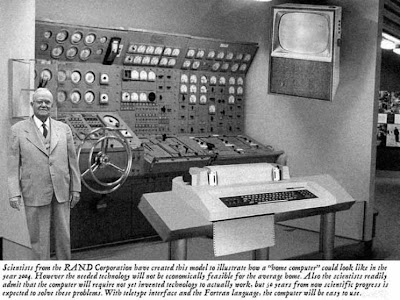 A Chumby can do more in it's small shell that the beast above. With over 700 widgets across 30 different categories such as weather, social networks, photos, sports, news, entertainment,… Continue

Are you Geek enough?

So what type of geek are you? I recently came upon this interesting set of characters that illustrate 56 Geeks types by Scott Johnson. I would definitely consider myself to be a Gadget Geek. I love my iPhone, widgets, and my son's… Continue

Have you ever wondered what and where the folks at some of your favorite sites such as Twitter, Flickr, Digg or Facebook might look like? You would think that folks from Web 2.0 environments might have a more vibrant, high energy look and feel. I think that the people and the work place tell a lot about your organization. Some places are in high… Continue One of my new favorite "toys" is Stumble Upon. I added it a while back, but never really gave it much attention. Now I find it very addictive and interesting all the same. It's a great place to generate ideas and gather new one. The concept is simple actually. Once you register, it asks for you to select categories of interest. Then it adds a navigation bar to your… Continue

This is an excellent presentation by Ken Robinson.


If so, what are the ways you enhance creativity for your children in and out of the classroom?

http://www.ted.com
A must-see for every parent and teacher. Education guru Sir Ken Robinson makes an entertaining (and… Continue