It was about a month ago that my boss (and friend) approached me and told me that he was being sent to Kenya by the Salvation Army to help rebuild a school's roof. He also told me the headmaster of the church school asked if they could bring any computers along, even broken ones because the people in this area have never seen a computer before. In a week we had two donated laptops. John asked me if I would prepare them for the trip. Both computers had OEM Windows XP Licenses, but I just felt something inside me saying I should look and see what Linux has to offer as far as Education.

I was right, I found Edubuntu 9.10. I chose to leave Windows XP on one laptop and install Edubuntu on the other. 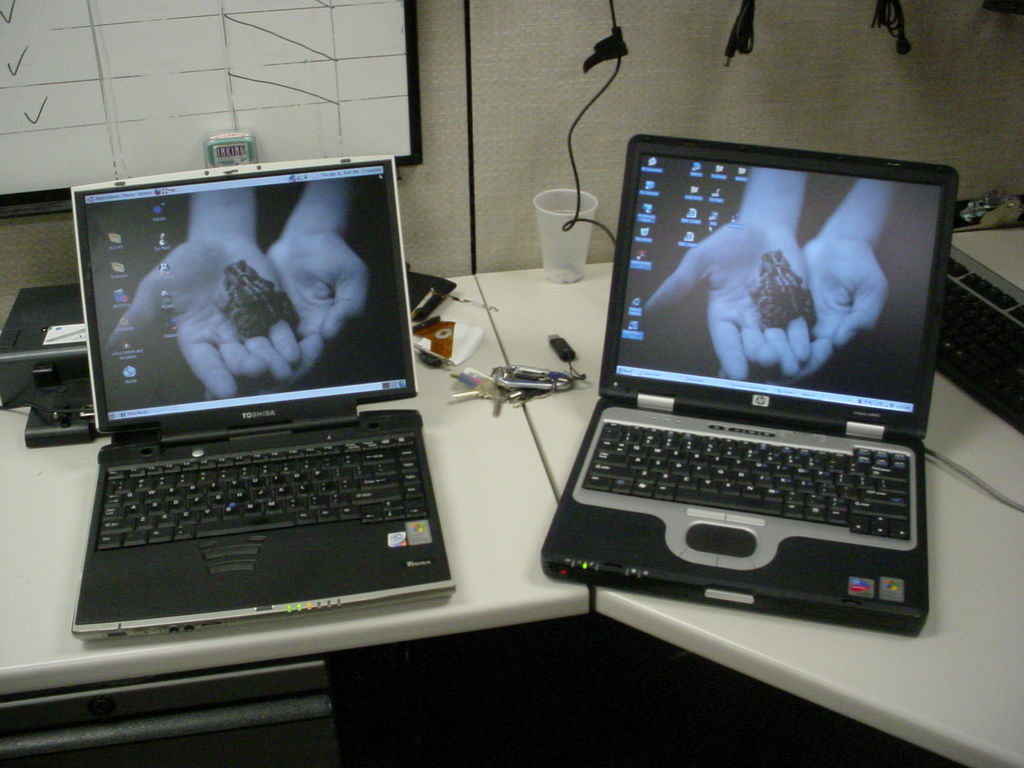 After configuring them both with whatever educational software I could get my hands on I began downloading free audiobooks, free literary classics in pdf format ( over 100 titles including the Complete Works of Shakespeare are included) as well as pdf's of Textbooks from the Commonwealth of Virginia's opensource textbook project. Bear in mind that there will likely be no internet connectivity for these two computers.

I felt an immense satisfaction at being able to participate even in the smallest way in this endeavor. It left me with a feeling of accomplishment, but it also left me feeling I had so much more to offer this world. I kept thinking about all the things I could have done if I'd only have had more time.

I've made it my goal to get hold of between 15 to 30 HP TC4200 tablet pcs and configure them with Edubuntu for an entire classroom. I've tested this computer with Edubuntu and the tablet pen works, audio, video, lan and wireless lan adapters all work. The test tablet I have loaded with Edubuntu runs so much faster than it did under XP.