To Kill a Mockingbird chapters 1-5

Replies are closed for this discussion.

I think that what Miss Maudie Atkinson means when she says "sometimes the Bible in the hand of on man is worse than a whisky bottle in the hand of --oh, of your father" (Lee 45), is that some men take religion to extreme extents and misuse the Bible/the meaning of religion. Miss Maudie offers her wise opinion to Scout/helps her understand society, and is sort of like an adult friend to the children. Jem and Scout trust Miss Maudie and Scout tells her, "You're the best lady I know" (Lee 45). This shows that Miss Maudie is a significant person in Scout and Jem's life and is like a guide to them.

That's it?!?...  That's all that's important to her character?  Of course she's significant... but in what way?  There are so many significant characters in the story, but what makes Miss Maudie stand out?  If we were just going to say that a character is significant and acts as a guide... I'd have to bring up Cal.  She's one of my favorites--she is the mother of Jem and Scout (now that their mother has passed).  And I find this dynamic most interesting--something we've been talking about in class is "contact" with those who are not like us.  Well, the Finch family has a black woman filling the mother role, and it sure seems like the Finches are not racially biased or have prejudices.  This tale delves deep into racist themes later on, and I don't want to spoil anything now, but Jem and Scout certainly do not seem to have that racist bone in their body.  Atticus himself even admits in chapter three that they "couldn't operate a single day without Cal" (Lee 33).  So I know this question is supposed to be centered around Miss Maudie, but I just wanted to bring up that Cal seems like a wonderful guide for the kids and that maybe Miss Maudie is something else... maybe :)

I think that Miss Maudie Atkinson has a different significance than Calpurnia in Jem and Scout's life because - as you said - Calpurnia takes the mother's role in their lives. Miss Maudie treats Scout not as though she is superior to her - but as an equal. Many adults might see the need to talk to the kids as though they don't understand because they are younger, but Miss Maudie offers her honest point of view to Scout about the ways of society and tells her about the Radleys-if she asked Atticus for example, he would've told her to mind her business. Scout could ask things to Miss Maudie and get an honest answer - unlike the gossip they get from Miss Stephanie. Calpurnia would scold the kids if they did something wrong but Jem and Scout have a different relationship with Miss Maudie. In chapter five, Scout says, "Jem and I had considerable faith in Miss Maudie. She had never told on us, had never played cat and mouse with us....She was our friend" ( Lee 44-45). I think Scout became closer to Miss Maudie when Jem and Dill start playing games she didn't want to be a part of/ started saying she was acting more like a girl. I think Miss Maudie is someone more like a wise friend to the kids than an adult and can speak to her about anything.

I do agree that Miss Maudie is a wise character and she does guide Scout and Jem on the right track, however I also agree that she is something more. Miss Maudie is an honest person. The closest person to a person with no biases is Miss Maudie. While Jem and Scout believe the rumors going on about Arthur (Boo Radley), Miss Maudie tells her what she knows as the facts. She tells Scout that "sometimes the Bible in the hand of one man is worse than a whiskey bottle in the hand of [Scout's father Atticus]" (Lee 60). I think what she means is that people interpret things differently and take action upon it in different ways. For example, Mr.Radley being strict about the bible is probably the reason Arthur stays home. Miss Maudie is the kind of character who does put her shoes in someone else's situation. If she wasn't in the story, than her and Scout would never have had that conversation. Scout would have never realized the circumstances that Arthur was in. Leading back to chapter three, Atticus tells her to put herself in the other person's shoes. Scout would have never been able to do that without Miss Maudie's help. In some discussions in class, we mentioned some people need a little push to help accept biases. In the same way Miss Maudie is the person who pushes Scout into seeing things a little differently, seeing thing to what they truly are. Although Scout is too young to get this already and is still afraid of Arthur, she begins to see things a little different.

If Miss Maudie wasn't a character, there would be no one to show Scout the right direction, there would be no one that accepts Negros and sees them equally to whites, nor would there be anyone clear up misunderstandings that have been bottled up over the past years. Although the people of Maycomb are still afraid of Arthur, its good to have someone that doesn't show as much fear or animosity towards the Radleys., and sees them as people with their own circumstances to what they do.

I want to point out that Miss Maudie isn't the only one who doesn't believe in the rumors, since Jem and Scouts father also doesn't believe in them, and dislikes that his own kids are annoying as he tells them this in chapter 5, " [Jem], I'm going to tell you something and tell you one time: stop tormenting that man. That goes for the other two of you." (Lee 65). But i do agree with you Anonymous that Miss Maudie is a wise character, that's guiding Jem and Scout in the right direction. 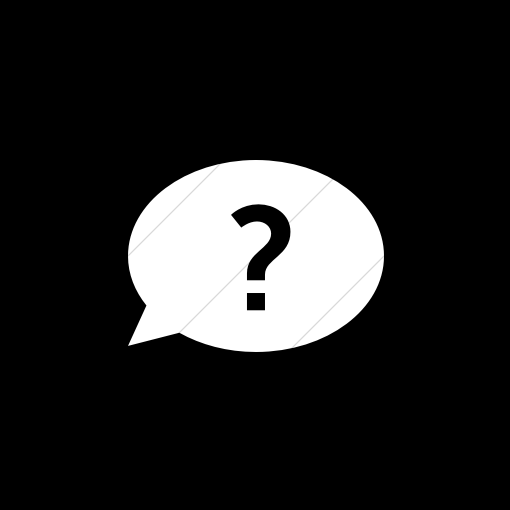 That is a great point Anonymous RIKA, but what do you mean that Miss Maudie "guides Scout and Jem on the right track"? Isn't it more that Miss Maudie is doing what she believes in? Not only that, how can you prove that "The closest person to a person with no biases is Miss Maudie"? Because I don't seem to agree with that point.

Funny that race was brought up, because i realized about 60 pages into the book that I actually thought that Scout, Jem and the whole Finch family was black. I really don't know what exactly plagued me to think that, to be honest; maybe it was the broken English-- the way they spoke--, or how they had a sense of community in Maycomb country (with the exception of the Radley's). Honestly, still hard for me to admit that I associate slang, and broken up English, and actions with the black community. It's a hard adjustment, just like when Scout was talking to Miss Maudie about who the Radley's-- Boo specifically-- really are.  When Miss Maudie tells Scout,"...I remember Arthur [Boo] Radley when he was a boy, he always spoke nicely to me, no matter what folks said he did. Spoke as nicely as he new how," Scout is brought a whole new perspective on the life of Boo, and who he really may be-- unlike what she hears from Jem (Lee 61). I feel as though Miss Maudie is Maycomb counties second perspective. The towns people, all behave the same way, and believe the same things. Miss Maudie is that counterclaim to all of Maycomb county-- even if they don't realize it. Another thing I realized which relates back to our units in class and what I said in the beginning of this paragraph: Although Scout took what Miss Maudie said into consideration and thought, she still went to Dill and Jem, and after hearing their plot to lure out Boo Radley, exclaimed, "You've all gone crazy, he'll kill us" (Lee 62)! This shows although you may have a glimpse of a new perspective given by the people around you, they may not always stick as quickly as you'd hope, like my assumptions about the Finches. Miss Maudie is the more rational perspective in Maycomb, and I truly think she'll be an important character in upcoming chapters, helping with the development of Scout's character.

I Agree with what you say but why do you think that Miss Maudie is going to be an important character in the upcoming chapters?

Funny you said that because I only realized 20 pages into the book that Scout was a girl. I assumed that she was a boy because of her interests, personality, the way she spoke, how she was stuck to Jem's side all the time, and how she always kept the company of boys. Come to think of it, there was really no little girls so far in the book.

Same Reader I thought that Scout was a boy, and someone told me that it might be what Lee is trying to do ;not give away the characters identity right away and to keep us guessing. But if that's true I wonder if it's because our views of the character will change when we discover their sex, and race.

Me too! and I've come to the realization that I automatically assume most characters are white (males usually) right at the beginning of most books I read. It's sort of interesting to think about why that actually happens, and why it still continues to happen when I start new books... I'll definitely try to be more aware of it.