This group is where educators can discuss challenges and successes using cell phones in the classroom. 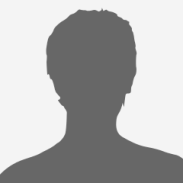 Using Social Media in the Classroom?

You need to be a member of Cell Phones in Education to add comments!

Comment by Juliette LaMontagne on February 4, 2010 at 7:35pm
At The Global Learning Collaborative, we just completed a unit around artifact curation in which students utilized mobile devices in a variety of ways. This short video is an overview: http://vimeo.com/9197200 Please see our blog for curriculum notes: http://glcmuseum.wordpress.com

Comment by Tammie Hall on December 2, 2009 at 9:13pm
I am doing research on cell phone in the classroom. I was wondering if there were any educators who have completed a successful project/lesson while incorporating the use of a cell phone. I was wondering if someone would mind doing this short interview for me.

1. Give an overview of the assignment used.

2. What grade level/subject do you teach, and at what school?

3. What is the school/district policy of cell phone use in the classroom? Did you have to get special permission?

4. How did the parents react?

5. What type of challenges did you face, including technical challenges?

6. Do you have any suggestions for other teachers who want to implement the use of cell phones in their classrooms?

Comment by Dale Ehrhart on September 8, 2009 at 5:42pm
Last year, I attend a workshop by Liz Kolb who wrote Toys to Tools: Connecting Student Cell Phones to Education.

Here is her blog site
http://www.cellphonesinlearning.com/

Comment by Zack Dowell on September 8, 2009 at 3:21pm
We're piloting Poll Everywhere in a couple of classes at our college. It's a good tool with some nice features, as well as a few features that, if added, would make it a stellar tool. Anyone else using this tool in higher ed or K-12?

Comment by Joe Fatheree on July 17, 2009 at 9:23am
Possibly, we should consider creating a repository of documents in this group. It would be great to have a set of different tools from which to work. If anyone else has something, please consider sharing.
I also thank that it would be a great idea to share a brief summary of a few of your projects and the timelines that you worked under. Time seems to be one of the biggest hurdles all of us struggle with on a daily basis. Everyone is under such pressure to travel from points A to Z in the most expedient manner possible that it leaves little room for experimentation in the classroom. Short technology enriched lessons that are aligned to the standards and pack a punch appear to be the best. I look forward to seeing what everyone else is doing.
-joe

Comment by Peter Lane on July 17, 2009 at 9:12am
Joe, thanks for sharing your documention... Last year I did a survey of cell phone plan by show of hands -- needles to say, not nearly as accurate as one would want. : (

Comment by Joe Fatheree on July 17, 2009 at 8:41am
During our presentation we talked about the importance of communicating with the parents. Here is a sample parental release form that I created:Dear Parent.doc

I would also encourage you to have your students to conduct a cell phone plan survey. That way you have a record as to whether Johnny has unlimited texting or not. That way there won't be a miscommunication between you and the parents as to why Johnny has a $712.00 texting bill for a class project:)
Cell Phone Plan Survey.doc

Comment by Joe Fatheree on July 17, 2009 at 8:36am
I helped do one of the presentations at NECC a couple of weeks ago with Hall Davidson on how to use cell phones in the classroom, and have been amazed at the number of people who want to learn how to do this.

I just sent an email out to an English teacher this morning with a few suggestions. I thought I would share a portion of that message with all of you.

Last spring, I asked my students to create a film with their cell phones. I was completely amazed by their projects. We shot the films on their phones and edited the media on Final Cut Pro. You may or may not have access to that program in your school. However, you don’t need it to do the project. Here are a couple of options if you don’t. First, have the students go out and conduct a simple interview of someone in your community about the topic at hand. For example, let’s imagine that you are reading The Grapes of Wrath in class. Ask the students to conduct a series of short interview questions with people from the community about the Great Depression. Have the students share the responses with the class. Second, ask your students to create an actual short film with their cellphones. Most classroom computers have Windows Movie Maker built in free of charge. The program is very easy to use. To give you an idea of just how easy it is to use, I have included a short sample. I shot Global Warming this past winter. It took me 15 minutes to shoot the video and another 15 minutes for my 13 year old son to piece it together in Windows Movie Maker. It can be accessed by going to the following: Global Warming . Consider doing this instead of asking them to write a formal paper. They still have to brainstorm, develop an outline, write a summary/script, and produce the film. I have attached a couple of examples of student work for you to watch to gain a better understanding. The story, A Sorry State of Love, was our festival winner this past year. It was shot with a high end camera and can be accessed by going to the following: Sorry State of Love . The student who produced the film wrote approximately 10 drafts of the script before she was ready to start shooting. As the classroom teacher, you can push the writing as much as you like. The technology is used as a tool to both excite and engage the kids to use higher order thinking skills to develop a project that communicates their vision to a large audience. The medium is also very transparent. It is difficult to hide “C” work in that environment, so typically the students are held accountable at a much higher level. The same student shot the second piece on a cell phone. Again, she had to spend a quality amount of time devoted to her writing before she began shooting the piece. Life of a Bird, was shot in one evening. The film can be accessed by going to the following: Life of a Bird . The time period for a project can range from one night to several weeks. Again, the choice is yours as the classroom teacher.

Comment by Abby Thaker on August 13, 2008 at 8:19pm
Have you tried using the online option of polleverywhere? I embedded the html for the poll into a wiki I'm using for a PD session but am having trouble getting it to work. It embeds a table for the results, but only shows one vote per table instead of adjusting like the SMS demo on the site.

Comment by aunttammie on July 5, 2008 at 6:59pm
I was fascinated by the possibilities I saw in the workshop at NECC. I've signed up for polleverywhere and am planning to use it on the first day...won't that shock some kiddies!