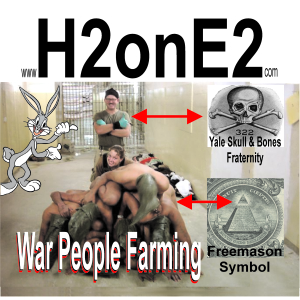 About Me
Professional Geologist,

Hello world, I am B Billy Mars a Geologist, writer and video maker. I began my writing labor and epic journey composing the H2onE2 book. The H2onE2 work details most of the material I did not directly buy into, as I acquired a BS (Bull Shit) degree in Geology. Next, from the knowledge in the H2onE2 book, I made the Pyramid and Eye Secret video. Well, it took not long to discover that the people who control and weave societies puppet strings, also own the large social websites and I soon found my work banned from Myspace. Many other social networking sites soon followed by either eliminating my labor or restricting user account functions aka email, video / image uploads and, or stat counter blocks.

Realizing that the controllers of society found my work threatening to their engineered world, I responded by fashioning many more videos and produced a completely new book posted free online in the draft form called H3onE3; in addition to a series of short stories. When, the H2onE2 book solved most of the hidden scientific, historical and human knowledge, H3onE3 un-earths the methods and practices of population control, which hides two prophesied, Hero and Sacrificial characters in metaphors.

The primary characters uncovered in the H3onE3 work are termed the Universal Sacrifice (US) and an equally important secondary figure called the Universal Facilitator (UF). These two divine figures are mixed and blended in all Homeric media aka (musi

c, literature, plays and movies). Both ancient and modern media present these protagonists as either Heroes and, or Sacrificial figures. The controllers of society implement these characters in most media as a mechanism to keep any scientific, social or medical discovery or advancement from spilling out into a public forum. This mechanism is extremely effective and works because no rogue scientist is willing to assume the out lined characteristics or confront the prophecies from within the Homeric and or Sacrificial media.

Ok, now for the bad news, Earth has two drastic environmental changes which re-occur in a cycle. I call this cycle Glacial Respiration and it entails a 10,000 year warm Global Summer period, a 100,000 year Global Winter period of glacial growth and two natural, devastating periods altering between the different climates; I term switches. When Earth switches from Global Winter to Global Summer there is a massive flood and stories like Noah, Gilgamesh and Exodus document the details of this catastrophic climate event. As Earth switches from the current Global Summer to Global Winter environment, in the natural progression a dustbowl occurs, crop land and natural vegetation dies, exposing the top soil to increasing quantities of wind erosion and eventually near total devastation of earths surface interface. We live on a small planet but survive and thrive off only about 6 inches of topsoil, which is extremely fragile and sensitive to change.

To a Geologist the Glacial Respiration cycle is obvious, every large rock formation can contest to these switches but to describe the cycle to people without a science background required the H2one2 book. All my work combined, totaled leaves one question, why is the education community and controllers of society hiding the knowledge of Glacial Respiration H2onE2 and producing media, which sacrifices a future prophesied hero H3onE3? Here, I am afraid there is only one logical answer, hiding this knowledge must be part of an exit strategy for the ruling elite. Environmental change must be an escape plan for the controllers of society, to avoid any prosecution for creating war, social strife and human suffering, which is their mechanism to retaining control of the populations wealth.

The Dust Bowl, stock market crash and Great Depression resulted in the deaths of an estimated 7.5 million Americans. The natural and unnatural events had one major result, removing millions of Homesteaders, American Indians and freed slaves off the petroleum rich Great Plains during the largest oil boom in US history.