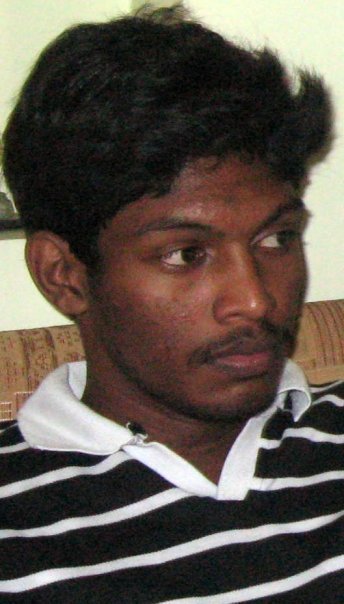 What's the most inspiring talk you've ever watched [online]?

Hello everyone!Shankar here. I'm curious to know what's the most interesting talk you've ever watched. Please share it here along with a link to it. My most favourite talks are from Sir Ken…Continue

Shankar Ganesh is 18 years old. He's pursuing his bachelor's degree in engineering, specialising in Information Technology at SASTRA University, Thanjavur. He blogs during the free time he's got, and also writes for other websites and magazines. He has also appeared in a few podcasts.

Shankar's works have reached the front page of Digg a number of times, bookmarked by thousands of people on Del.icio.us, driven hundreds of thousands of StumbleUpon visitors and even got mentioned in Lifehacker - the world's most popular blog.

He hails from Tamil Nadu, India. Shankar is a big fan of Sir Ken Robinson and is passionate about changing the way education is currently modelled and delivered across the globe.

Anne Mirtschin said…
Just looked at your site! You have accomplished so much for your young age. Congratulations and all the best as a somohore. I would love you to talk to my class some time and inspire them. I teach in Australia and some of school time hours would overlap.