When everyone starts up in 2011 and checks into their favorite educational website (LOL), they'll see that the name has changed.  We're now Vocabulary SpellingCity.com.  Same URL (Still www.SpellingCity.com) just a new name.   Why?

The name change reflects the rollout of a complete redo of the site in which we have, over the last year, added a massive amount of new features.

We have added a great amount of…

21st century teaching - Is there a place for chalk and board?

Much has been written about integrating technology into a classroom. The question that is usually asked is, is it really necessary - is it really useful? In my opinion, the traditional approach of chalk and board still has its place but I strongly believe that educational technology could offer myriad of pedagogical benefits. Technology today, in various forms, have grown tremendously and have permeated all areas of our lives. Similarly, students today are connected in ways that previous… Continue

my blog about Christmas

The brief, informal survey that I ran here this week provided insight into what educators are looking from education technology in…

Interact with your students with online poll

Have you heard about Poll Everywhere? Basically it is an online polling application that tries to simplify the process of holding polls. It allows anyone to participate in the polls by using either a simple text messaging system, email, or twitter - and it is free for up to 30 voting. I have tried this successfully recently. Read about my experience (… Continue

After spending a couple weeks eating up my Mentor's online courses, I tip-tapped my fingers, charged and waiting at the gate, for my first course to open up. The training program was so complete and the time I was given to review another teacher’s…

Questions and Answers about implementing a 1:1 Laptop Scheme


Questions from a school thinking about implementinga 1:1 Laptop Scheme and my answers:

1. Was your school completely Mac-based prior to the 1:1 program? If not, how easy was the implementation of the Macs and what feedback did you get from staff…

I came across an interesting article recently on a unique approach to teaching called “inverted learning.” According to the author, Meris Stansbury, this instructional model involves “mak[ing] the students the focus of the class, not the teacher, by having students watch a lecture at home and then apply the lesson with the teacher in the classroom.”… Continue

Get out your dictionaries. Here is…
Continue

Cutting the Death Penalty Would Save… Continue

This week begins my experiment with Edmodo.  I began with some netiquette guidelines in each of my classes.  My intention is to start with using it for absent students and homework help.  I'll incorporate it more as time goes on, beginning with my highschool general chemistry class.  What will be the results?  I don't know.  But I do know that I'm glad I'm starting this experiment now before incorporating it full tilt next school year.

Web 2.0 And Blogging In The Classroom 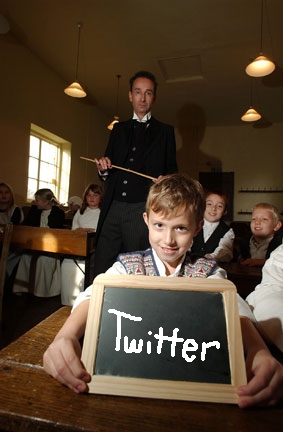 The use of web2.0 techniques by institutions of learning and their teachers are ever on the rise. Today's students and prospective students were raised in a digital world and expect the use of technology through
outlets like Facebook and Twitter to be employed by the schools that
they attend. Blogging is only getting bigger and stronger. In fact check
out…

What Can Education Technology Do For You In 2011?

A simple but important question for teachers and technologists (and students too!) as we head into the new year …

2010 was a great year on EmergingEdTech, but now it’s time to get ready for 2011! I really want to know what you’re looking for from Education Technology, and as with 2010, I’ll use this knowledge to inform what I blog about this year.…

Suggestions to a Prospective Teacher

The following is my response to an email from a prospective teacher. She asked for suggestions on how to become most qualified to work in a school that is supportive of its students.…

It's almost that time of year again -- time for the most challenging academic game on the Internet!  Kidlink Landmark brings classes together in two categories of difficulty (Primary & Challenge) to play a competitive, riddling game using landmarks of the world as content. Past competitions have had between 60-80 teams participating from across the US, Czech Republic, Russia, France, Pakistan, China, Canada, Australia, England, and New Zealand.

Today, two quick tips of two very innovative and adaptable tools. The Cue Prompter and Transl8it.com. Listen/Watch as I show you them and suggest some uses. Get the dialogues mentioned… Continue