Screencast-O-Matic is a powerful screen recording software than can be run directly off its web site or via downloaded application. You can choose how large of an area you want to record including 1080p HD quality. Once you start recording you can use the alt+p buttons to pause and resume your recording (helpful if you mess up part of your… 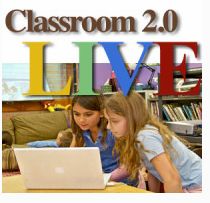 Open http://www.classroom20.com, you will see the beautiful interface.

In a new window, enter your full name and answer why you are joining this network and fill in some more personal information. If you…

Being new to Classroom 2.0, I'm not convinced of the practicality or ease of use of this tool. It's got too much going in it. All the links on the top, the header I can't control. The links on the sides, I can't tell what is mine and what is Classroom 2.0's. I see I can invite colleagues, but I don't see an immediate easy way to add people who are already on classroom 2.0. These are a lot of the same reasons I don't care for facebook much, though it seems like facebook is a slightly less…

Thanks to the advice I found of Classroom 2.0, other educators, and talking with faculty in my school, I created a two hour workshop to plan and design a classroom website along with two companion websites that will hopefully grow as I add content.

To Build A Classroom…

Ziel des Projektes / The goal of the project:
Continue

Before the Students Arrive ("T Minus 5")

Today was "T Minus 5". Students arrive in five working days.

Importance of Chat
Each school year begins with faculty and staff assemblies. I look over a sea of roughly 300 people, about a third of whom I know fairly well. I want to hear about their summers. I want them to expand on their Facebook updates - all the fun stories they didn't post.

I think the importance of beginning-of-year chat is… 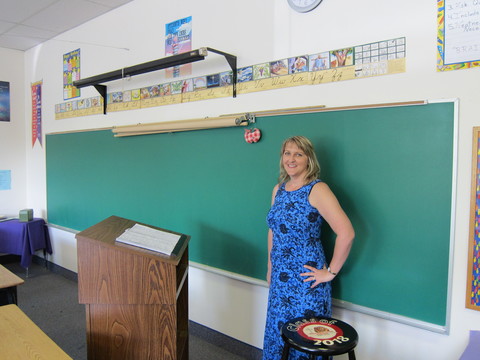 This week I had the privilege of visiting my first classroom. The room looked and smelled exactly the same as it did back in 1993. I, however, look completely different. I think differently too.

I was flooded with memories as I walked around. I began thinking of my mistakes and successes in…

Are you a new teacher? Are you struggling with discipline and classroom management?

To many teachers, discipline means to punish, but does punishment transform the misbehavior? Does it work?

Discipline means to teach. Rather than detention and missing recess, positive child guidance focuses on both the weaknesses and strengths of each child and then teaches the specific skills necessary to be successful in the classroom. It is time to discard the traditional paradigm…

A recent class discussion regarding development of the learning space for today's students and parent involvement brought about a number of different concepts which were quite interesting to read over the course of the past two weeks.  Once topic, in particular, struck a chord.   Part of our discussion explored the idea of technology becoming synonymous with a binkie.   High priced toys which some parents purchase just to keep their kids out of their hair.  The parents get some quiet time…

On the advantages of virtual, text-based discussions:

"... In all my years of teaching classes, there are always some students in the class who are very hard to get to speak up. You can ask them a direct question, but basically, unless they are put on the spot, these students will not volunteer their own opinions in class, and I think… Continue

Take Charge of Your Virtual Classroom

Are you tired of students interrupting your sessions thereby disturbing the rest of the class?

If yes, then do join this session by Sarvinder Sandhu where he would expound on the features to take control of your virtual classroom. WiZiQ's aim is to constantly keep working on enhancing the teaching and learning experience for our users. Recently, WiZiQ has come up with 3 additive advantages for a teacher to control the nuisance created by some of the non serious attendees. Now,… Continue

One of my goals is to incorporate more technology into my classroom. Unfortunately, as we have all found, money is tight. I am interested in finding grants and sources for newer technologies to be used in the classroom. I am very interested in the Tablet PC and have found several grant possibilities. Does anyone have any suggestions? What pitfalls have you found in the grant-writing process? I am really looking for suggestions...