As I attend more and more conferences explaining the effect Social Media is having on education, the subject of Back Channeling often comes up. Educators at conferences are beginning to accept the fact that it is okay for audience members to twitter out to their followers the statements of the presenter as well as their own impressions of the speaker and topic. As I explained this to a number of people at a conference this week, I remembered the first post I did on this very…

Teacher and administrator evaluations...surely a topic that will garner the attention of all educators!

Yesterday I was sitting in my Advanced School Law class and we started discussing teacher evaluations as they pertain to contract renewals and dismissals. As my professor continued the discussion, I started to hear some great "tweetable" statements. For those of you in the… Continue

Educators from all around the world are beginning to use Twitter as a valuable piece in their professional growth toolbox. As professional development continues to evolve and transform, we will need new ways to encourage teachers to embrace new opportunities. Here is a "How… Continue Join the Campaign! Tweet and Blog for Ed Tech May 12!

Funding for classroom technology is in jeopardy! We're calling on educators across the US to tweet and blog for education technology funding on Wednesday, May 12.

President Obama's budget for FY11 provides no direct funding for
education technology programs. Instead, it zeros out the… Continue

I was tasked with preparing some resources for a presentation recently on the idea of using Twitter in our school district. I went back through my first 500 tweets on Twitter to compile this list, which I used at the meeting. Since then I keep receiving inquiries on the subject and decided to post the links here for now so that I will have a location to direct educators for the resources (until I get my Diigo account set up):…

With the emergence of social media technology in the classroom, teachers are finding innovative ways to promote student learning. As educators become more sophisticated in terms of utilizing Internet and mobile-based technologies to share information, they are taking advantage of new and exciting opportunities to improve their teaching practice. One particular area of interest to me is the way in which this sort of… Continue

Taking chances and trusting in people

It seems a long time ago now, but way back then I was in charge of equipping all our staff with Laptops - we are talking about a decade ago, so back then it was pretty revolutionary. I was convinced, still am, that giving staff access would be the best way of moving everyone up in terms of their ICT use. This, of course, meant they had access to 'THE INTERNET' (shocked horror gasps in soundtrack), suspense builds......

I got asked the question, what can we do, how can we use this,… Continue

Live Online Event on Moodle and Twitter for Instruction and Learning

Just click on the image and join the live online event on how to integrate technology with Moodle and Twitter for instruction and learning with Dr. Anne Thorpe and Deirdre Bonnycastle.…

Note to self:
Nothing says stop following like selling your products on Twitter. Stop selling and engage members in real tweets!

Again, think of the real world. A person who speaks about one thing, and one thing only, is either incredibly dull or clinically insane. If you are passionate about your business, industry, products then share your passion. I was recently working on…

I noticed this today on Twitter and it caught my eye, but I really didn't know why. It just stuck out like a sore thumb.… 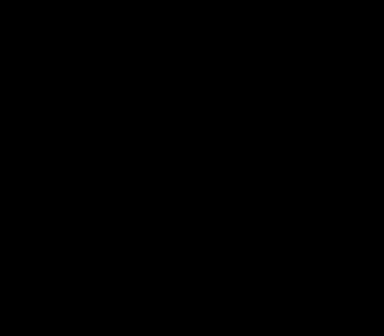 I was trying to compare Facebook with Twitter by a friend recently. While I was able to describe the friendship activities that happen on Facebook, I wanted to use very few words to explain Twitter. I turned to my PLN on Twitter and asked: How would you describe Twitter in 5 words or less?”… Continue

I'm not an educational technologist, not by training, but I do love to share what I learn with other teachers and show them how they can use digital tools in their classroom to build literacy. This year in the Reading Writing Center I did a lot of that. If the RWC is truly a literacy-rich place where I demonstrate best practice literacy instruction then it makes sense to incorporate the "new literacies." Ewan McIntosh twitted a question about new literacies this morning asking if Twitter would… Continue