Formative assessment is continuous assessment. In the context…

"T - 3": Zooming in and Zooming Out of Teacher Meetings

The only thing I want to do is work in my classroom. But there are meetings. Obligatory attendance. Would admin know if I skipped?

I admit these feelings as a trained administrator, knowing the importance of the pre-service meetings. If I were to write objectives for the meetings we have had, they would be as follows: 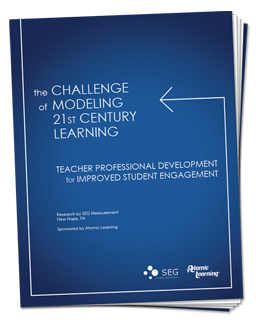 In this webinar, I.T. Director T.J. Houston and fifth grade teacher Leah Lacrosse provide an overview of twenty apps on the iPad that they have used and found to be effective with their students to supplement curriculum in the area of science instruction. The apps they describe also have broader uses beyond fifth grade and science instruction. Their overview provides a starting place, but they also point out that:


While there is no perfect…

The Chrysalis community learning centers project in Africa has been launched within the framework of the capacity building for the Education For All (EFA) program with the financial and moral support of UNESCO.

The objectives of the project are among others:-

Educator Musing: McGraw-Hill and 360Ed Partnered To Create A Spark

“Today’s world is very different from the world baby boomers like me grew up in.  Is it a wonder, then, that by high school, very often both good students and bad ones, rich ones and poor ones, don’t much like school?”

“Research and experience have already shown that…

Shambles Newsletter May 2011 .. now online
and it lives at
http://www.shambles.net/newsletter/May2011
or use the short url …
Continue

The Pre-Test: A simple but EFFECTIVE AFL strategy

This was originally posted on Assessment FOR Learning.

My daughter's 7th grade English teacher at Andrew Lewis Middle School uses a time-tested easy-to-apply simple AFL strategy that motivates my daughter to work, helps her to learn, and ensures that her grade is an accurate reflection of that learning.

Every Monday the students are given a pre-test on that week's spelling words.  If the student spells 100% of…

Learning and teaching opportunity for interns. 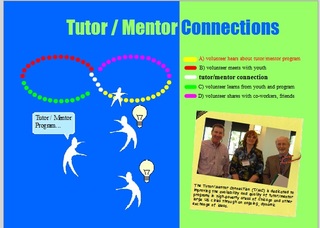 This graphic is from an animation project done in Jan 2011 by a college intern from Korea who was working with the Tutor/Mentor Connection in Chicago.  This illustrates the learning that occurs each week as a volunteer does service in a tutor/mentor program. It shows how volunteers share what they learn with people in their personal and work networks, which…

Kudos to you if you made it past the 2 minute mark; it's not that hilarious or entertaining.  Sure it's stupid, but think about what the kids are trying to do: use a computer to order a pizza.  They know the sequence of questions typical in a pizza order: where do you live, what is your phone number, what would you…

Planning is always the key to implementing any new mobile device scheme into an educational establishment. Many questions need to be asked and solved in order for the scheme to be successful. Having already implemented a very successful…

A Google search on “Bloom’s taxonomy” recently returned an impressive 1.63 million results! Apparently the literature available on the internet is replete with resources about the famous Bloom’s taxonomy of learning. I don’t intend to repeat what Bloom taxonomy is about and how it evolves because I believe you can find wealth of information on various aspects on the topic among the 1.63 million results in the internet. I have selected a few articles (link at the end of this article) for those… Continue 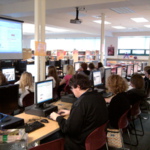 The continuing quest to be a better teacher

I remember when I joined the university about 17 years ago (it feels like only yesterday!) I was given the task of handling a laboratory class. I already had some experiences as a graduate assistant during my time as a Ph.D. student so it was not very difficult. I think I did quite a good job designing new experiments, interacting with the students and helping them with the experiment and marking the lab report. During the first few months, I had to attend induction courses including one or… 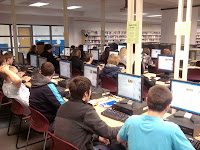 A couple weeks I decided to do something most educators would never dream of doing. I gave all 140 of my German students the opportunity to assess me. I explained to my students that the assessment was 100% anonymous, and the most… Continue

A picture is worth a thousand words

Seeing is believing! In journalism, an image or picture can be so powerful that it can change the world! Jonathan Klein in his TED talk says that images themselves don't change the world but the images have provoked reactions in people, and those reactions have caused change to happen. The image can have a profound impact on our mind and can change our perception on certain issue and how we view things around us. Good image (photo) tells a visual narrative – it tells a story. A photograph has… Continue