I have recently created a podcast in a graduate class. It was fun to create and I find that it can be very informative if done correctly.  However, it was very time consuming. So until I build up a collection of my own podcasts, I am wondering if anyone knows of any good podcasts that are already created form implementation? Also, what ways have you found as the best way to implement a podcast effectively?

What's all the buzz about?

The buzz around here is that BuzzMath is offering a FREE full-access membership for one teacher and 30 of their students in every school for an entire school year.  BuzzMath is the latest interactive mathematics workbook for middle school students.  This website offers 2,700+ online math problems with instant feedback and detailed solutions. It is amazing to watch students manipulate protractors, create triangles on a grid,…

You could see the panic in their faces - and then the relief.

They were students in their final year of high school on a visit to campus to explore the possibility of “going to uni” after they finished their compulsory schooling. I had, perhaps perversely, set up an experiment. I had told them that two of them would find a red dot under their seat - and if they were one of these people they would come forward and participate in a simple… Continue

Improving numeracy with the 7 C's There have been many reformers offering ideas for improving numeracy in our schools.  Many of them advocate the use of specific commercial resources or explicit lesson plans – in short they offer recipes for teachers and schools to follow.    The quietly spoken Alistair McIntosh (formerly Associate Professor at the University of Tasmania, Australia)… 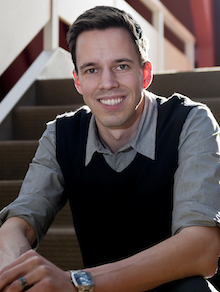 If mathematics has a poster boy it is – or at least should be – Dan Meyer.  Meyer is something of a rarity in the field of public discussion of mathematics; he is not an academic, he is not an  educational administrator,  he is a teacher -  someone who works in real classrooms with real students with real mathematics.    It is this “real world” context that makes him worth listening to – and which provides the grounding for his instruction.

Meyer is an advocate of authentic… The history of the book is interesting in itself – it actually started life as a 25 page type written document that was presented to math guru Keith Devlin at a conference.  Devlin was intrigued and impressed… Continue

Hi everyone. I would like to introduce my blog, the Mathematics and Multimedia.

cosecant arguments; not like you think the other argument.

for csc(2n+1) ; the "2n + 1" is considered the argument. The argument I am referring to in the title is the age old battle between what should you know and what should you be able to get, look up, or derive when needed.

The battle rages on. Here is my update to the JS Maths Wiki that was inspired by one such argument (very civil) that I participated in at a holiday party for the staff at our school. Here is… Continue

Wave, wiki and what not?

I have updated the JS Maths Wiki with some student contributions. Inequalities with examples and audio explanations. Listen while you try your homework.

My students and I have had our wave accounts for about a week now. We are, as expected, impressed. We are trying/toying with the idea of building a wave gadget in our Java class, but can not get GWT to work on Ubuntu?…

Here is a screencast to get you started writing mathematics for the web:

you can try out your skills at http://jasperstreet.homeip.net/wiki and make a legit page or just try some stuff out on the sandbox page. 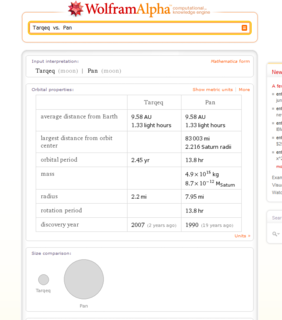 Definition of a Derivative

I welcome other video contributers to the wiki! Participate,… Continue

I have added video to the wiki, using EmbedVideo extension of mediawiki.

I have posted a video instructing an example of the Completing the Square technique.

I intend to record more video lessons and embed them into the math text, so it is like a book and a teacher all in one.
Of course you can not ask the video questions, but… Continue