Originally posted on The Modern Network

Mobile devices are infesting college campuses at a breakneck pace. And, considering the popularity of their sleek and comprehensive products, it’s no surprise that Apple devices are a large subset of the devices that both students and professors want to connect to college and university networks.

Getting to know social networking

This is the first time I have joined a professional social network. My previous experience is limited to Facebook, and I use it mostly to keep track of family and friends: being far away from home pushes me to use it more frequently. Some of my fellow teachers use Linkedin, but I have never tried it.

My personal impression is that educational tools, apps and sites are evolving really fast. New ones or improvements to those that are successful, appear each week with the intention to…

This is a graphic created by an intern who worked with me a few years ago. You can see links to this and other projects interns have done if you visit here and here. This page is from a German media … 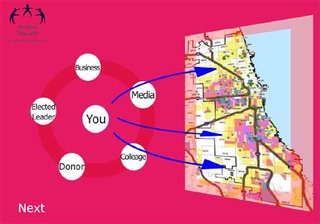 This is a graphic created by an intern who worked with me a few years ago. You can see links to this and other projects interns have done if you visit here and here.

eLearningToday.TV | Building a PLN as an Educator

Looking to expand your ed tech network on Linkedin?

Share your ideas, meet people and build your connection base. Ed Tech Start Ups group on Linkedin has almost 1,550 members already. Our focus is technology and education. Those that are interested in exploring the possibility or are in the process of developing a start up business will find this an outstanding… Continue

VolunteerSpot (http://www.volunteerspot.com ) is a free online sign-up tool that simplifies grassroots volunteering. The site makes it easy for anyone to quickly mobilize and coordinate volunteers in their community, congregation or social network. This is a wonderful tool for all-volunteer group officers, committee chairs, special event planners, and others who need to schedule and organize many other… Continue Would like to let you know about a great new site Primary Teachers Network: www.primaryteachersnetwork.ning.com .... please also read Elementary Teachers Network :)... that's right... just for the teachers who deal with the little guys!

To get straight to the point, the differentiating factors are:

1) Huge bank of interactive white board activities for… Continue

This is url for this press release send it to all your local Media.
Thanks Santa

Christmas is not about a holiday. It’s a Spirit that gives without retort, loves without having to be loved and giving more to those who have less.

Santa has made this affordable download to offer the Child in all of us a brand new way to enjoy Christmas for 2008.


Santa Clause, also known to many as Father Christmas or sometimes St. Nick (an abbreviated form of his real name Nicolas), is a well-known figure associated with Christmas and loved by many across the world. It was this popularity, especially with children, which prompted him to write a book for the enjoyment of… Continue