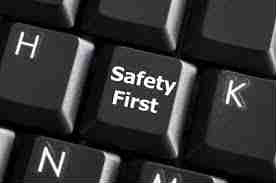 Blogging (whether personal or for educational purposes) is a popular form of communication with others online. Those who chose to blog should also consider some best practices to get people interested in reading their posts and interested in returning to read other posts. Some best practices for educational blogging include establishing norms/guidelines…

Ten Commandments for Teachers on the Web

To prevent good teachers and other public figures from making bad posts,
I have created the following list. I hope it helps!

(Note: multiply the cautious attitude of this list by ten if you an un-tenured teacher.)

1. Thou shalt never publish anything you wouldn’t show your…

Teach Kids to Be not to Do | e-Learning Today TV

Please join our project. It is the epitome of 21st century learning. Students at Asher Public School, Asher, Oklahoma, are collaborating with students and/or teachers in a total of five different states (Illinois, Indiana, Washington, Texas, and Michigan) to advocate the serious issue of texting and driving. Using 21st century tools such as our project Ning, Wiki, Skype, and Epals we are broadcasting and networking to increase awareness and educate not only ourselves but others. Our Ning is… Continue

Spring Break is right around the corner (some have already began their mid-season vacations) and Kiwi put together a list of tips and faux pas for both students and parents to consider during their holiday. A simple Google search on 'Spring Break' will provide a myriad of pictures displaying both young guys and girls, half naked and doing things that I am sure most teachers and parents would not approve of. Of course not all kids and teens will engage in the typical MTV type Spring Break, but… Continue

School Allegedly Used Webcams to Spy on Students - Is this Unethical?

A school district in Pennsylvania is in a bit of trouble after allegedly using webcams on school laptops to monitor their students in and outside of school using spy software. The students and parents were uninformed about the use of this software and discovered it only after one student was called to his principal's office for bad behavior in his home. The principal then used a picture taken with the spy software to prove his case.

While the school district… Continue

In the last few weeks, I have come across a slew of cyber bullying cases, each becoming more serious than the last. But it was the story of a young girl named Phoebe Prince that really hit home.

Phoebe Prince, 15, committed suicide due to what reports are saying was a case of cyber bullying. The young teen was victim to harassing Internet and text messages from alleged older ‘mean girls’ who were unhappy…

Internet Consumption: When it becomes an addiction.

Let's face it, the Internet has become a staple in everyday life for many people whether you're a grandmother keeping in touch with your grandchildren or a post-secondary student that is collaborating with peers and professors. The encompassing use of the Internet has made the line between addiction and healthy use blurred. The type of activity youths engage in online whether it be for homework or social networking (i.e. Facebook, Twitter, and YouTube) isn't the problem. Both their dependency… Continue

Who should be held accountable for students breeching Internet safety measures on school-issued laptops? The parent or the school?

This was a recent issue brought up by a mother located in Fullerton, California, who discovered her daughter was speaking to an online stranger and was able to access pornographic websites on a school-issued laptop by connecting to their neighbour's wireless network. The mother feels that the school did not install adequate Internet safety software.

School-issued laptops, as much as any other wired technology, can be a gateway that leads you to inappropriate content that is available… Continue

We will be launching our upcoming web safety resource on KiwiCommons.com called Kiwi Reviews.

Kiwi Reviews was created to provide our readers with in-depth product, software and book reviews, in addition to the editorials, late-breaking news and resources available on the site. It will be useful for tech users, parents, and educators.

The bi-weekly reviews will be conducted by… Continue

Internet Safety Guidelines to Go Over with Kids

-Place computers in open areas of the home. Never put one in your child's bedroom.

-Ask children to only use gender-neutral screen names like Rocker41.

-On social networking sites, make sure they know only to talk to people they know in real life, restrict access… Continue

Kiwi Commons is happy to announce the beta launch of our website!

Click here to link to our site and get a head start on Internet safety news.

Well, as all of you in Victoria probably already know, 1:1 computing is here, in the form of the government's Netbook trial. My school happens to be one of the 300 and something that have been chosen to participate and as the head of IT in the school I can honestly say I am excited, to say the least.
I have sussed out the software package and reviewed the computers themselves and I think this may be a big coup for those of us who believe the future is not the future any more, but the now.… Continue

one reason i joined 2.0 is to promote www.teenlivedrive.com to keep it open and online.

it is an effort to make a difference or maybe save lives, since drivers ed is disappearing from

please let me know if you know some coaches who still teach drivers ed. There are now over 50 links and resources related to safety on the Teacher Toolbar (http://professionallearningboard.ourtoolbar.com).

Look for all of the following plus so much more: