We just released a new How-To demo which gives you all of the important tips on how to use the Remix America editing software.

Here’s a great mashup of history and cutting-edge culture: At a recent Voices of a People’s History event, hip-hop artist Lupe Fiasco gave life to two very different but powerful pieces of the American story. First Lupe read an excerpt from an anti-war leaflet written during the Vietnam conflict by two civil rights activists. Then, he stirred up the crowd with the chorus of Public Enemy’s 1989 hit “Fight the Power.” Watch the video below, and read on to learn more about the pieces that Lupe… Continue

The voice that introduced America to The Beatles, the man who was there throughout the Nuremberg trials, the Vietnam war, the assassination of John F. Kennedy, Jr. and the moon landing, has now left us. Walter Cronkite, "the most trusted man in America," after whom the term anchor was coined, died in his New York home on Friday. For those who grew up in the 20th century, Cronkite was an constant narrator in living rooms, store windows and kitchen counters. From blue-lit television screens… Continue

Forty years ago yesterday, Apollo 11, the spacecraft that would put the first man on the moon, took off from Cape Kennedy, Florida. On Wednesday, just the day before the anniversary of this historic launch, another space shuttle, the Endeavour, broke through earth's atmosphere, this time to further construction of the International Space Station.

America's exploration of the interplanetary unknown really began in 1957, the year that the Soviet Union launched the first artificial… Continue

Remix America: Mix it Up, Pass it On.

Check out the new Remix America promo. Grab footage from America Then and America Now in order to create your vision for America’s Future.


Inspired? Click here to get started! Mix it up. Pass it… Continue

Coping with the Economy

Remix America has launched our newest initiative: "Coping with the Economy" With this initiative, we hope to provide a forum for young Americans to share their story of the economic crisis and enter a productive dialogue with their parents and grandparents.

Everybody has a story. Check out this incredible video made by high-school students in Pomona, CA:

Forty-one years ago today, Dr. Martin Luther King Jr. spoke these prophetic words at a church in Memphis. TN:
Less than 24 hours after delivering this speech, the civil rights leader was assassinated. King had been receiving death threats after publicly declaring his opposition to the war in Vietnam and in this speech, you can clearly see the toll these threats were taking on him. You can hear King’s struggle to come to terms with his own mortality.
Now, more than… Continue

Palm Breeze Café was originally founded as an informal resource sharing tool for teachers in Florida. Since 2005, they’ve expanded their reach to include podcasts and a TV broadcast. Their catchphrase, “convenient and flexible education,” underscores their dedication to finding the most user-friendly and innovative tools on the web.

Last week, after coming across our software on the web, the teachers of Palm… Continue

76th Anniversary of FDR's "The Only Thing We have to Fear" Speech!

The well known and celebrated speech by President Franklin Roosevelt in 1933 was a somber reminder of the difficulties of the time. The speech was given as FDR's First Inaugural Address during the height of the Depression. Check out the video of this historic speech here at Remix America!

The only thing we have to fear is fear… Continue

You asked and we delivered: Check out our new playlist entirely devoted to the work of your students!

Greetings to all of you out there in Classroom 2.0!

Just wanted to let you know that Women's History Month has officially started!

Check out Remix America's new Women's History Channel, where we feature some of the bravest and most groundbreaking women in American History CHECK OUT THE CHANNEL, HERE: http://www.remixamerica.org/channels/women-s-history-month

Eric Holder and the History of Civil Rights: How Do Americans Talk About Race?

In light of Eric Holder’s recent speech on race, Americans find ourselves wondering: what is the best way to talk about race? Check out Remix America’s latest blog post to learn how Civil Rights leaders in the past have approached the issue. Check out the Remix America blog ( http://blog.remixamerica.org ) for the full text of the… Continue

Why Do We Celebrate Black History Month?

ASSIGNMENT IDEA: Today, encourage your students to remix a campaign commercial for Abraham Lincoln (or Jefferson Davis!) on the Remix America software! 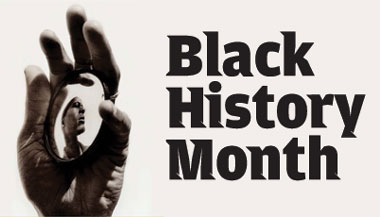 In honor of Black History month Remix America has posted videos of influential figures from the Civil Rights Movement as well as African Americans who helped break down the racial barrier. In addition, check out the blog on tennis legend Arthur Ashe who helped desegregate the tennis world. So check out Remix America this Black History… Continue Remixamerica.org is a great classroom learning tool for students trying to see the relevancy of present and past events throughout America's history. The easy editing tools provided on the site make creating videos a simple, fun, and educational experience. Students can take the various old and new videos on our site and mix them together to create their original takes on history. Membership is free and takes less than a minute! So come join us, we'd… Continue