It’s been quite a while since I have travelled internationally, so I really didn’t know what to expect on this trip to La Coruna via Madrid for the ESP conference. Being aware of the tightening of security checks and precautions since 9/11 as well as the cutbacks on airline operation expenses, I sort of expected a much less pleasant experience than I had recalled while flying in the past. Well I must say I was pleasantly surprised. The experience at the new international Ben Gurion Terminal at Tel Aviv was quite pleasant. The departure hall was spacious with ample security facilities. Ticketing went good too and that left me some time to take advantage of the good wifi connection to blog my first entry.
After morning prayers it was boarding time – nice breakfast, some time to prepare for the conference and catch up on some reading.

Five and a half hours later had to hustle a bit to get to my connecting flight to La Coruna. Get by train to Terminal 4 from Terminal 4S – catch a bus to terminal to and trek to the outer edges of Terminal 2 to catch the flight. But the setup at the airport was really user friendly. Clearly marked color coded signs with Spanish & English text, and information stewards who speak many languages strategically placed all over the airport really help me navigate efficiently. The Madrid terminals were not completely wified like Ben Gurion, but there were hotspots here and there at coffee shops. I didn’t have time to try them out because of the rush to catch the flight to La Coruna.
The hour flight to gave me a chance to catch some snow covered mountains and some nice views of the Atlantic coast. Cabbed to the hotel, checked in, settled down, skyped with the wife from the hotel’s wifi.
Hope to meet some of the Conference early comers for dinner.
Tomorrow is the Contact Seminar for those new to the European school collaboration systems. Although we have collaborated with Canada and the USA, we don’t have much experience with Europe. Hope to make some good contacts and learn about the European way of doing things. 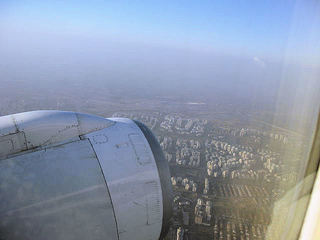 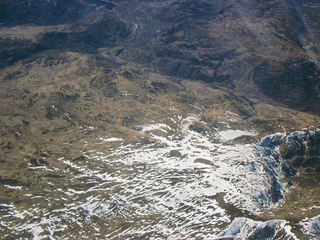 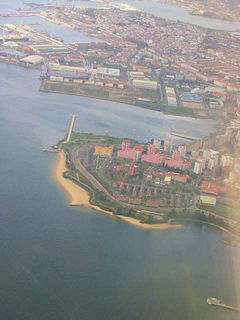 Comment by Lisa Burden on March 4, 2008 at 2:14pm
The photos are beautiful! Where are they of? Leaing Israel or arriving at Spain?

Comment by Reuven Werber on March 4, 2008 at 2:29pm
Hi lisa,
First one leaving Israel. The snow is over Castillian Mountains. Last one before landing in La Coruna.

Comment by reuma de-groot on March 4, 2008 at 3:33pm
hi Rueven,
it is nice to see read about your experience from the flight.
i am really happy that all went well.
regards and keep us posted
Reuma