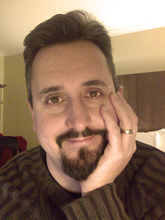 Moodle is a course management system (CMS) - a free, Open Source software package designed using sound pedagogical principles, to help educators create effective online learning communities. You can download and use it on any computer you have handy (including webhosts), yet it can scale from a single-teacher site to a University with 200,000 students such as Open University, UK.

Moodle has a large and diverse user community with over 400,000 registered users on moodle.org, speaking over 75 languages in 193 countries. This includes developers, educators, system administrators and business users.

Martin Dougiamas, 38, grew up in the outback of Western Australia, attending School of the Air via shortwave radio. He has developed for the internet since 1987, including seven years as the webmaster of Curtin University. Martin's academic qualifications include an honours degree in computer science, a masters in education and (most of) a doctorate that studied the creation of Moodle and the Moodle community. His thesis is titled: "The use of Open Source software to support a social constructionist epistemology of teaching and learning within Internet-based communities of reflective inquiry".

Martin's main mission in life now is Moodle. He started it in 1999 out of frustration with the existing commercial software at the time. Since then the project has been growing exponentially in terms of size and activity.
Martin is the Executive Director of Moodle Pty Ltd, the organisation that manages the overall development of the Moodle system as well as the world-wide network of over 40 Moodle Partner companies that provide support, hosting, training and other services to Moodle users. It's challenging but exciting and certainly gives him good reason to jump out of bed in the mornings!

For more information about Moodle, go to http://moodle.org