Can a site like YouTube be the next Google? Will video be the prevailing format that folks search and gather information? Some one say that the online video movement is fundamental changing our society. Anyone can now post and share videos about anything.

When we think of search engines, we think of Google, MSN, Yahoo and the like, but we definitely don't think about YouTube. However, according to ComScore, YouTube has surpassed Yahoo as the world's #2 search engine with more than 2.6 billion search queries in a single month.

Many kids today do much of the research using YouTube. Sure a lot of kids search for hilarious or outrageous videos and cheats to improve their gaming, but many kids, including my own will first go to YouTube to search for information for their history project, science lesson or to include in a video for their presentation. The point is that today's generation of teens have found their own platform for gathering information and it doesn't necessarily come in the format of the Google monster. ( Read the story of one 9-year-old boy)

As testimony to the YouTube phenomena, at the beginning of the year, my son wanted to learn how to play the guitar. We didn't know any guitar music teachers and neither my wife or I know anything about playing musical instrument let a lone a guitar. So he decided to spend his summer learning via YouTube. He went to several videos that taught chords, strumming, musical notes, frets, patterns, riffs and basic about learning how to play the guitar. He then progressed into learning songs by various kids who were sharing their talents through small YouTube soundbites. As he progressed, he linked into some videos that had actual rock stars and performers of leading bands sharing how to play the cords. Needless to say, he taught himself how to play and later began playing at our church. It is truly remarkable that a kid today can go to a video site and learn by doing and not just reading or clicking hyperlinks.


Today, he is teaching others how to play the guitar with the creation of his own guitar video tutorials and selling them via a Web 2.0 community called WeAreTeachers. It is evidence that teens today are not only breaking the mold in how they learn and acquire information, but they are pushing the envelope in our they communicate and share their knowledge to others.

As with most search engines, it's not perfect and there are many tags or keywords that yield little to know results, but you can find a lot of topics and videos that lend themselves to much of what is out there. The question is...


If video content continues to grow, could video eventually replace text? Anything that can be a video will be a video on YouTube.


With so many video recording devices including cell phones, Flip cameras, etc., we are definitely moving towards a "Generation YouTube." 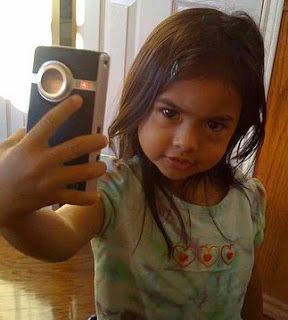 Imagine a whole generation of kids growing up and learning about the world through YouTube. In the first half of the 20th century, people grew up reading books and newspapers. Then there was a generation that grew up on movies and television. The last shift was to the Internet. And now web video is creating yet another generation.

Kids no longer learn about the world by reading text. Like the television generation, they are absorbing the world through their visual sense. But there is a big difference. Television was programmed and inflexible. YouTube is completely micro-chunked and on demand. Kids can search for what they need anytime. This is different, and powerful.

True, the current model of YouTube is still raw and still skewed to entertainment. But imagine online video 5 years from now, geared to kids, where entertainment, games, education, travel -- everything for kids -- is mixed and delivered via searchable channels. This would be a big change on the Internet and in the world. Just as we no longer think twice about Googling, kids of the future will be consuming huge volumes of information via video.

So for all the classrooms and schools that limit video content or YouTube, there is a generation brewing and they are attaining information from multiple sources. Video is a primary source that these kids are using at home, on their cell phones and with their friends. I believe that video will be a primary format for search engines and more content will lead to better and more accurate search results. Until then, go video something.
See also the YouTube Thing.