With fresh inspiration from a course I just finished here at Stanford on "Casual Learning Technologies for the iPhone" in which we designed casual apps for kids and adults, I've authored a 2-part article for Smartbean. The first is a brief discussion of research on the power of learning through games (including Gee's principles on "good learning" with well-designed games) - Of iPhone Apps for Kids and Learning Through Gaming – I,
and the second part is a fairly exhaustive list of some of the best iPhone apps for kids (ages 3 - 13) categorized by subject (art, math, science, languages, puzzles, and such) - Of iPhone Apps for Kids and Learning through Gaming – II

Back to my Stanford course on iPhone Apps for casual learning... I partnered with a couple of grad students to design and program an app to teach boolean logic while playing a fun robot shooter game the only difference being that that our "guns" were logic gates, and the bit that the player had to shoot based on 2 random 1/0 input bits was the bit that matched the "rogue bot" moving towards the gate "gun". The idea was to select the right logic gate and get the bot before it got you.

The motivation for this app was the big push for STEM by the Obama administration and the belief that “computational reasoning is the core of all modern Science, Technology,
Engineering and Mathematics (STEM) disciplines and is intrinsic to all
other disciplines; it is a fundamental skill for everybody, not just
for computer scientists. To reading, writing, and arithmetic, we should
add computational thinking to every child's analytical ability.”
(Jeannette Wing, Head of the Computer & Information Science and
Engineering Directorate at National Science Foundation) So in a sense our app was "STEM meets James Paul Gee" :)

The course was a pleasant deviation from my usual courses here at Stanford. I enjoyed programming the app, and the 2 guys from Apple who taught us to program for the iPhone were awesome! It was my enjoyable thus far; and the fact that the app received such positive feedback was just icing on the cake :) Here are some screenshots of the app and people playing with it... 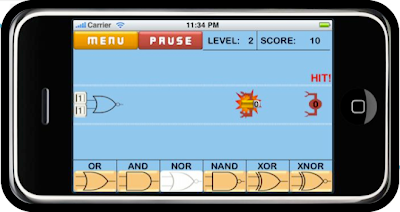 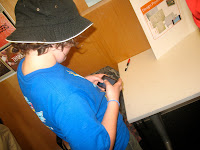 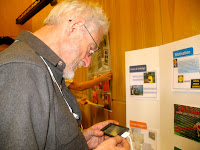 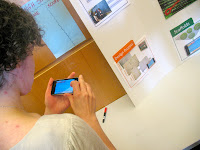