Social Media in the classroom

Social media has been an invaluable tool for my Yearbook staff over the past year and a half. In 2012 we began using an online design/page layout tool provided by our publisher Herff Jones. This made it possible for the students to upload pictures and work on their page layouts from home, but, I discovered that many of them needed an extra push to actually stay focused and on task.

Facebook to the rescue! We created a private group on Facebook (and I created an account that I only use for yearbook) that the staff was required too join and keep tabs on. Throughout the year we use it to schedule meetings and deadline work parties as well as for asking for help or to find replacements for event coverage. The best use though has been during deadline weeks. Instead of spending long nights in the lab, I can be at home with Facebook open in one window and the publishing page open in another while I request, commend, cajole and otherwise crack the whip to get staffers to upload their materials and meet the deadline.

The publishing site lets me know who is logged in and which pages they are working on so I can see who is doing what in real time. This allows me to pick on people who aren't finishing, cheer on those who have just joined, bribe others with prizes (such as the ever popular your-face-poorly-photoshopped-onto-something-by-Freedman-when-you-finish-your-spread. Something that is far more efficacious that it has any right to be).

Besides organizing my staff and getting work done, writers use it to interview people for features and we had a very successful social media ad campaign as well. I had my photographers pick out their best pics from the book and then I posted a new one every few days citing the page number on the book. The staff would like and share them and it spread out over twitter, FB, instagram, etc from there. 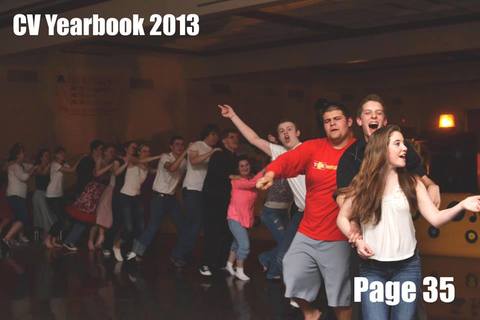 One caveat about the Facebook format used by Classroom 2.0, for most of my students, it's got one foot in the grave. Partly this is because it is unwieldy in their fast paced mobile world, but I think it has more to do with their parents and *gasp* grandparents using it and using it well. It was difficult at first getting them to use it last year, this year i have had to make it a requirement. If they are not using the tool already, it becomes just another piece of homework and loses some of it's power as an educational tool.