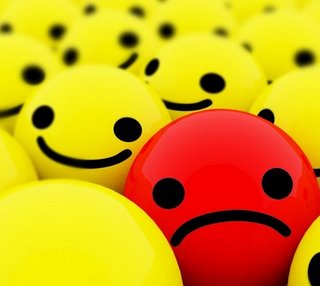 Every now and then, we all have “one of those days”. They usually start out bad and go downhill from there.   Mine usually start off without an alarm to wake me. My high-tech radio has an in-built compassion circuit - whenever it senses that I am tired enough to really need a wake-up call, it very kindly refrains from disturbing my slumber until just past the last possible moment. Then it starts going - and so do I.

It’s a quick shower, dress, breakfast,  run out to the car, discover that cars really do need a key to start, run back to the house, find the keys in yesterday’s trousers (who on earth put them there?) and speed to school. This latter practice is frowned upon by the police - one of whom invariably chooses this precise moment to discuss the merits of the demerit system with me. Thereafter, and proceeding precisely one kilometre per hour under the speed limit, I continue to the school car park. There, waiting for me like an accusation, is my vacant parking spot.

The principal, who chooses this precise moment to be wandering past my room, glances pointedly at his watch, fixes his gaze upon me and says … nothing - in a deafeningly loud voice.  Feeling only marginally better than a marathon runner at high altitude, I rush to prepare the items required for the first session. As I do so I hear the familiar sound of children arriving at school.
Needless to say, I am not at my best.

It is at times like these that only the prospect of reincarnation prevents attempts at suicide.

We have all had “one of those days”. We know only too well the effects that everyday setbacks have on our ability to function at our true level. But what of our students? Do they too have bad days? Perhaps if we could see the world through their eyes...

Sometimes school is stupid. Really dumb. I was late for school on Monday - but it wasn’t my fault. The bus was late. It broke down going up a big hill. It started bumping and jerking and making sounds like a dying dinosaur. We had to wait until Old Cranky the driver fixed it. And when we got to school the teacher was crabby at me for being late.
“Try to get here on time tomorrow,” she said. she didn’t smile at me all day just because I was late. But it wasn’t my fault!

Sometimes I think that teachers can’t smile before three o’clock.

And then, after break, we had to tell the time using an old-fashioned clock with hands. I hate clocks like that. First, Miss Dawkins made it say four o’clock.  I know that one, so I put my hand up - but she didn’t pick me. John got it right, then she moved the long hand to the one. I put my hand up and said “One past four”.

Wrong! If the long hand points to the one it really means five - it said five past four. And if it points to the two it means ten minutes past. Why can’t they make clocks that say what they mean? Miss Dawkins put the minute hand on the seven, so I counted by fives (all by myself) and put my hand up again and said “thirty-five minutes past”.  Wrong again! Can you believe that? Miss Dawkins said that I was right, but we don’t say that, we say “twenty-five minutes to four”. Sometimes clocks are stupid too.

After lunch, when we came back into the classroom, Miss Dawkins told me to spit out my fresh piece of chewing gum. Well, I wasn’t going to waste my new gum, so I stuck it under my desk. Miss Dawkins saw me and growled.  I couldn’t believe it! What was I supposed to do? Throw it away? Miss Dawkins thought so.

It was just lucky I had another bit of chewy under my desk left over from last week.

Then, just before home time, I made this really great castle with the construction set. It was fantastic! It had a place for horses to go in places to drop rocks on invaders and places to hide weapons. It even had a flag made out of chewing gum. It was brilliant!

Miss Dawkins didn’t thinks so. She didn’t even look at it. I couldn’t believe it! SHE DIDN’T EVEN LOOK AT IT! She just said, “Very good, but it is time to pack up now”. It had taken me ages to make and I had to pack it up just because some stupid clock didn’t say fifty minutes past two.


Tuesday I was late for school, but it wasn’t my fault. Not really. I had a bit of trouble tying my shoelaces. I can tie them, really I can, but on the laces were like slippery worms and they just wouldn’t stay done up. So I was late for the bus and Mum had to drive me to school. She was crabby at me. When I got to school, the clock said twenty past nine, but I think Miss Dawkins was crabby too, and she didn’t smile at me all day.

On Wednesday, I made it to school on time! I was wearing my brand new shoes - ones without laces - and Miss Dawkins smiled at me like she meant it. School started and it was “Show and tell”. I stood up and showed my great new shoes. No-one was interested! I couldn’t believe it! John said they were baby’s shoes because they didn’t have laces. Clare said they looked like they belonged to Bigfoot. On the way back to my spot my great new shoes accidentally kicked John and Claire. Miss Dawkins growled at me.
Don’t teachers ever get new shoes?


Next day was Thursday. My two-day-old shoes got me to the bus on time and it didn’t break down and John was waiting for me in the playground and Miss Dawkins smilled at me when she called out our names in the morning.  Igot a clock question right - half past seven. I read a book to Miss Dawkins and I got all the words right. School was going well.  And then it happened.

I was writing a story about a monster and in the story I stabbed the monster with a knife. Miss Dawkins said there was a “k” at the start of “knife”. She said it was a silent letter because we don’t say it.  She said there was another one in “knee” as well. I said it was stupid to have to put a silent letter into a word if no-one ever said it. Miss Dawkins didn’t say anything. She didn’t even say that she like the story.

And then John came up with a dumb story about a cat on a mat. Miss Dawkins said she liked it and she didn’t correct any of his mistakes. Well, only one of them - he spelled “cat” with a “k”. It sounded right, but it wasn’t really.

I think “k” is a stupid letter.


Next day was Friday. Mum lets me buy my lunch every Friday and I always have a pie with lots and lots of sauce. I didn’t get growled at all morning. At lunchtime, I got my pie and rushed outside to eat it - but I didn’t run. And then it happened.

I dropped my pie all over my three-day old pair of shoes. The sauce looked like monster blood and all John could say was it was lucky I didn’t have laces because then my hands would get messy. Miss Dawkins was on yard duty, so I told her what had happened.  She took me to the canteen and bought me a new pie - with her own money! I couldn’t believe it!

Sometimes even a teacher will do.

It is an adult characteristic to trivialise the traumas of childhood.  Since we have “real” problems like bank managers, telephone bills, police speed checks and clock-watching principals, we tend to dismiss the dilemmas of childhood as quaint, possibly amusing, but definitely
trivial. But for a young child, many aspects of life are seen from a different perspective. Even if we get carpet burns from walking on our knees we will never again truly see life from their viewpoint. Perhaps we shouldn’t even try - adults who try too hard to be childlike usually only succeed in being childish. But we can recognise when our children need a friend.

Sometimes, even a teacher will do.

The story behind this story.

I wrote the piece above a quarter of a year ago to reflect what, to me, was a personal epiphany...

We’ve all had students like “Wayne”.  He was in my grade two class in my first posting and, at the risk of making the ultimate understatement,  he was hard work.  He came from what today would be called “socially disadvantaged circumstances”.  It is fair to say that “Wayne” did not find much about school enjoyable - it was a foreign place with different rules and skill sets that had no meaning to him.  He struggled to learn using the techniques in common practice at the time.  Being so young, he no doubt associated me with school and rules and frustration ... and perhaps failure.  Our relationship was complicated by the fact that he had an unpleasant medical condition - and it was my insistence that something be done about it that led to several meetings with social workers, school psychologists,  senior staff, doctors and, eventually,  two weeks in hospital.  When his family moved at the end of the year he wasn’t sorry to go.

I myself transferred at the end of the year to another school in the district.  I scanned the class list before school started and there was a familiar name - but as “Wayne” was a common name did not think too much of it.  Then, on day one, “Wayne” came through the door.  His neutral expression became something less as he saw his “new” teacher.  It was then that I first really understood that students are not just learning profiles on legs.

I wrote this article in response to that situation.  It was originally published in “Classroom - the magazine for teachers”, issue 6, 1990.