Survivor's Guilt and Teaching--Why Me?

Being laid off is one of the top five stressors, along with: 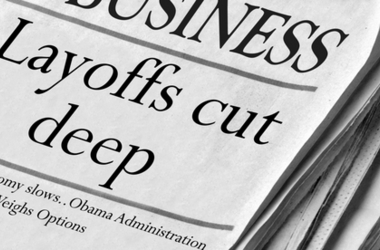 The American Psychologic Association says this about stress:

So it’s no surprise that when an employee is RIF’d, it can leave them with post-traumatic stress disorder. I’ve seen this in many of my fellow teachers who along with more than 26,000 California teachers, were ‘let go’. No matter that the fault lay with the ‘unbusiness’ people we’ve elected and named our State representatives to balance the state budget, they take it personally. When our Leaders lay teachers and policemen off rather than downsizing parks or control the cost of illegal immigration, they are playing the emotion card. Give us more money or here’s what happens. We don’t do that at home. We cut the excess.

But I digress. My fellow teachers are left to feel worthless, lost. What did they do wrong? How could they have done their job better? Their principals and administrators should assure them it’s not personal, it’s the economy, but they don’t always, or they aren’t heard, and ex-teachers end up with a bad case of PTSD. They’re spending their summer working through it.

Those of us left behind get Survivors Guilt–a phenomenon often experienced by those who escape from a disaster that seriously injures and kills others. Why not me? My good fortune is at the expense of others. Did I do something to save my job that harmed my colleagues? I feel guilty because I’m not better than them.

It’s been a month and I still can’t make sense of it. My ex-colleagues are job hunting while I spend my time coping with a self-image that has been violently shattered. I thought I knew myself, but nothing about this makes sense.

Here’s how it feels to be one of the lucky ones: “It’s depressing,” says a market researcher in New York City who recently watched an entire division of her company be jettisoned. “You walk into the office and it’s quiet, the entire atmosphere is different. When someone gets promoted you want to say, ‘That’s great,’ but then you realize they got the job because the two other people in that group got laid off; this person was cheaper. You start feeling evil. People say at least you have a job, you should be grateful. Well, I’m not sure how happy I am. And then I feel selfish about that.”

Why not me? Will I recover by September when the new year starts?