What Are Avatars and Why Should They Be Used for eLearning for Kids? By Lance Winslow 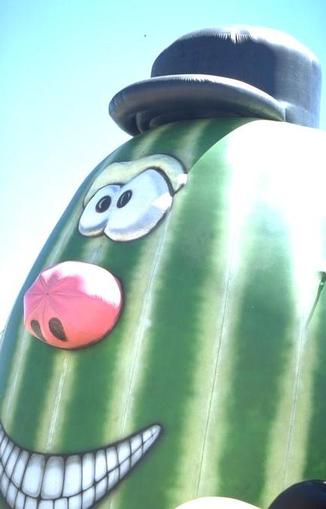 Avatars are being introduced to assist kids in eLearning. It turns out the kids love the avatars and they can be used as teacher assistants. This helps with teaching in overloaded classrooms and increases the learning of the students. What is an Avatar? Well Glad you asked;

An "avatar" is a fictional character inside of Computer. For instance Microsoft word comes with a "Paper Clip" which is there to assist you or you can turn it off and choose a different Avatar, I think I remember a puppy, which is a popular choice for Avatars with kids too.

It is a virtual person; it could be a cartoon character like Mickey Mouse or a More Virtual Person like a Caricature of "YOU" the teacher. Which [opinion] I believe would be very interesting to test the psyche against a fictional Donald Duck. It is often considered in Psychology that those without a father figure around have to invent themselves having no male roll-model around, an avatar might help a child develop self-esteem in the absence of a teacher there to help them one-on-one. This could be good.

Some say having an "invisible friend" is an okay thing for a young person, this indeed would also take the place of that and create a "friend-ship" with technology; a relationship if you will. Now mind you I am NO Psychologist, just a studier of human nature like anyone else participating in a society of humans, so the comment of contributing validity to your project might be somewhat limited, nevertheless I believe that "self-esteem" is a very important issue. Thus a virtual friend in the computer makes a lot of sense.

Of course I believe only happy, friendly avatars should be allowed, because often we find even cartoons can cause violence in children; Road Runner and Wiley Coyote or many of the newer cartoons today, so the Avatar should be realistic and nothing that might relate too much with a character on TV used in entertainment.

Although some might disagree feeling that Super Man might be a good Avatar to look up to, even though the cartoon has violence? Perhaps you might find information on that. Here are some Avatars;

The avatar they choose to be they assistant teacher is also of interest and it shows what type of authority figure they would most likely enjoy? It also gives them a sense of "self" and unique-ness and self-esteem that the special kids might be lacking? Of course Avatars are proving useful in eLearning initiatives with children with special needs as well as advanced placement kids.

Comment by Mobbsey on December 30, 2008 at 6:11pm
I also use avatars in the process of making kids aware of cyber-safety - we don't use real names or photos publically.

Comment by ChristyZ on January 5, 2009 at 7:21pm
We've played with creating Voki's for several middle school projects. They are easy to create and quickly embed into just about any 2.0 site. http://www.voki.com

Comment by Teri on January 28, 2009 at 7:51pm
Help! I need to find a children friendly (8 and 9 year olds) avatar building site (preferrably free). I want my students to build their avatar for our blog and wiki. Any suggestions?