We thought it might be a handy lesson to share with students, your friends, and pretty much everyone to give some perspective to just how much of a difference there is between some of the teams playing one
another. All GDP figures are based on the 2009 World Bank records. 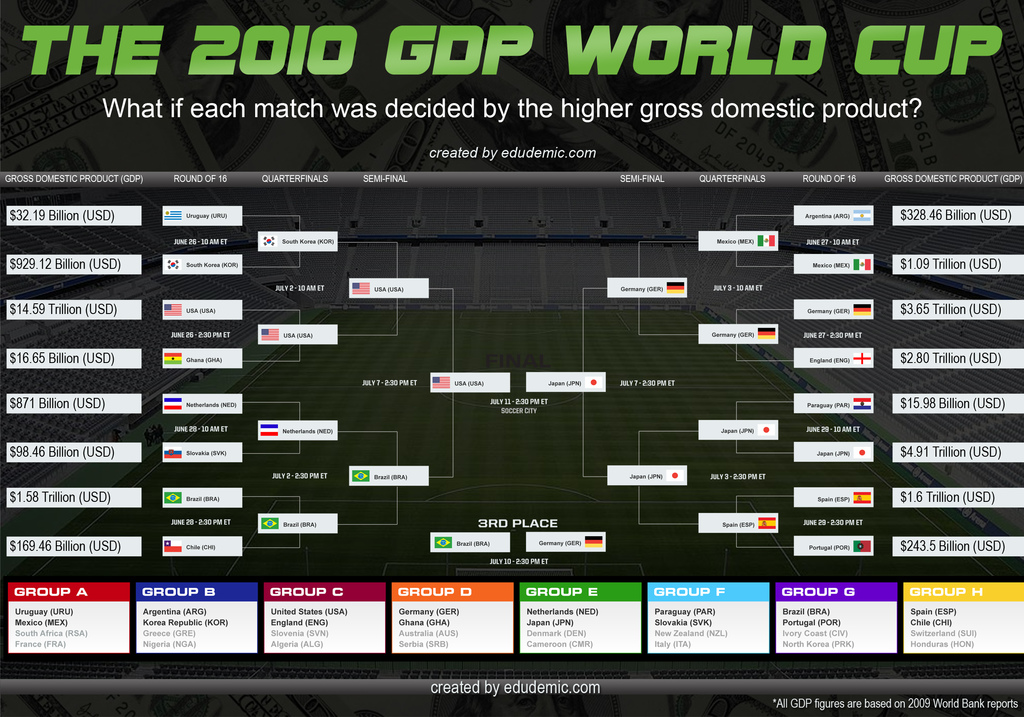