Where am I in the long line? 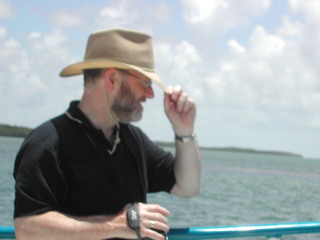 Every day the amount of 'things' I discover I could do grows and grows. Just as the store of human knowledge is exploding, so too is anyone's potential to do 'things'.The ability to network that Twitter has brought me in the last few weeks has not helped this dilemma. I could, just about, use all my time watching the hyperverse develop and grow.....

The line I am thinking about is similar to a group going for a walk in the countryside, but its a pretty big group. As it moves it transforms from a mass to a snaking line of people, all moving at their own pace, and all breaking down into smaller activity huddles, and in places to lone movers. The line is the educational profession - and its a pretty big line, covering a vast distance, and at the rear..... well lets leave that to your imagination, I am sure you all have encounters with the poorly equipped, less than ambulant members of our profession still.

For those of us somewhere beyond the middle of the journey, how are we occupying our time? What can we do on this journey? There are a range of possibilities - a range that is in itself somewhat daunting. Trying to do everything is not possible - is it?

Maybe I need to revisit my analogy, not a walk in the countryside, rather an expedition into the unknown. Think of the progress across the USA in the 1800s. The initial amazing expeditions, the wagon trains, the railroads, the roads......

At this point no-one quite knows where we are going, so we have the true explorers who are trailblazing, we have the settlers in their homesteading wagons, we have the railroad barons? I could go on, but perhaps enough of a point has been made.

At present I seem to have a role, self assigned, of a 'collector of trifles'. I am on the route, I am following some pretty impressive explorers, and I am stopping here and there and picking up bits of web flora and fauna, samples of which I am sending back to others for classification, and more importantly they will see if these are of any use in what they are doing. Very occasionally they look in complete puzzlement and I have to explain how such a thing could in fact be of use.

Certainly a huge bit of my cultural baggage is comprised of the 'Western' films. There is a whole host of roles and scenarios represented in them. If you were to appear in a Web 2.0 Western, what role would you select and why?