I like Blogger for many reasons, not least that it’s free and it was my first blog, and http://lisibo.blogspot.com will always be special.

However, the time has come to have my own domain and take another step up the ‘web ladder’.

Hopefully you, my loyal readers will soon get used to the less vibrant surroundings over at ¡Vámonos! version 2.0 and new readers will appreciate the mellow pinky lilac tones!

Click here to enter the brave new world of http://lisibo.co.uk

Just realised that I hadn't blogged the Wallwisher made by Year 5 just before Language World.
It was the first time I'd used this online tool - which allows you to 'stick' Post-it notes on a virtual wall - with this group, and it was done as a sort of 'Mexican wave' type exercise.
Five pupils got out a laptop and I showed them what to do. They posted their notes then passed on their laptop - and expertise - to the next person. By the end of the lesson, everyone had posted their version of the poem extract from La Primavera by Antonio Machado, and also tried and mastered a new tool.
You'll have to move the notes around to read them all; there are so many! 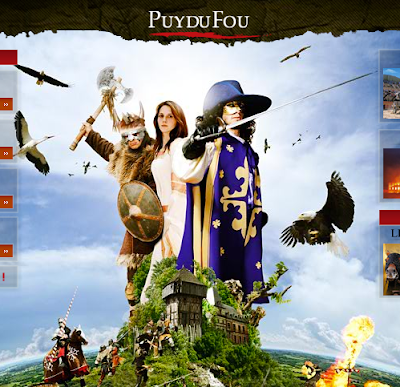 Embedding languages was also the theme of the last session I attended at Language World.

In Unlocking potential Liz Black talked about a project, or as she prefers to call them ‘series of work in context’ inspired by Le Grand Parc - Puy de fou, a demonstration of community problem solving - in an area of poverty but with lots of land, the community got together to solve it by building a theme park. All the materials she used can be downloaded from Liz’s school website - www.stokesleyschool.com

Her school has a cross curricular day each Wednesday duirng which departments work together, and this project covered history, drama, literacy, French, PSHE, enterprise and finances and more. She shared some brilliant ideas including using Latin roots to provoke pupils to think of words in English with those roots, and gladiator drama to encourage reluctant boys to speak French.

Feedback from staff and pupils was very positive with one child saying ‘I like it when teachers work together’.

I have to say that the website itself for Puy de Fou is absolutely beautiful to look at, with lots of things to click and see. Certainly makes you want to go there !

Meet Avatar Señora Stevens and WeeMee Fairy Lisa and, in honour of the Euro08 project in which we're participating, DoppelMe Swedish Lisibo!

Govinda Prasad Panthy said…
hello i'm pleased to meet u. I'm a school teacher from Nepal. i run a school for poor family village children. I think you can help us to develop our school and enable us to make easier access to control dropout no. of girl students. if u are interested plz. mail me at gopisu@gmail.com. I run the school and at the same time i teach English as second language.

kosh said…
How do i get to cat with you since i'm also online at the moment. Still learning here, you know.

kosh said…
I am relatively new here. I am from Ghana and I'm just here to learn, contribute as well as link up with like-minded people who will be willing to share their experiences as well as help in spreading the concept of distance learning and adult education to Africa, which lags behind as far as education is concerned. My company has developed a television program called 'ADULTS IN EDUCATION' which is used in teaching,especially adults, how to read and write as well as general tips on how to take care of oneself. We also treat social issues as well. Television is still the widest means of disseminating information here in Ghana

You may not remember me but I'm the guy you sent Ted to about, oh - 4 months ago. I'm so sorry that I haven't posted a lot of pics on Voicethread for you and your kids. Please apologize to them for me. I could make lots of excuses, but I won't. Let me just say that I'm going to really TRY to put some more up on voicethread in the new year. Call it a resolution if you will.

Hope you had a really good Christmas season and I PROMISE - we'll talk soon.

BTW - do you have a Skype number? Maybe we could chat live, if the time difference isn''t a problem. Unfortunately I don't think our kids could. Mine leave at 11:30 a.m. our time. That would have been kinda cute. Talk to you
Pete

Lorraine said…
Hi Lisa, In our school students study Spanish from Kindergarten thru grade 6. I recall a few years ago that the music teacher used a song from http://www.nancymusic.com called Los Animales that the children loved performing. I'm sure that you've heard the song before. I'd be happy to read more about your program so I will check out your blog. Thanks.

Jess McCulloch said…
Hi again Lisa,
I've been blogging madly over the past couple of days and I'm thinking about how I can make my blog a better resource for language teachers. I'd love to interview you over Skype about the cool things you do in your classroom, collaborations you are planning on etc, and ideas you've got. Would you be interested in that?

I've tagged you as part of the K12 Online conference meme. Have a read of my blog post about it to see what the task is...
www.technolote.com