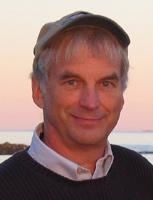 On October 17, 2006, thousands of people in Britain contributed diary entries to what the BBC called “Britain’s biggest blog.”

Sponsored by the National Trust, it was an effort to capture a snapshot of ordinary life in the British Isles at the beginning of the 21st Century.

Historian Dan Snow said about the project, “What we want this to be is a detailed account of people’s normal lives when…

Jack said…
Hi Ron. I was wondering if you have any high school contacts who would be interested in participating in a nationwide SAT Vocab Video Contest @ MIT university. You can view contest details at BrainyFlix.com Please let me know. Thanks!

Steve Wilmarth said…
Ron, I'd love to chat with you about your software, your projects, and share ideas about the work I'm doing in creating educational and cultural exchange programs between US students and students in northwest China. My regular e-mail address is:

Coincidentally, I came to education 8 years ago following a 25 year career as a serial entrepreneur, most of the time in the greater Boston area. Let's talk.