Annenberg Learner offers workshops and classes online. These can be taken for free for professional development or by paying a small fee to enroll for graduate level credits through CSU. The workshops can be viewed online or purchased on DVD. Users have the option to subscribe to a course’s Teacher-Talk email list or simply click on the course title and go through the workshop’s content independently. Each course on the site provides information, support materials, activities, and a forum… 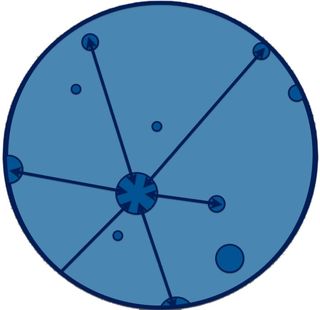 Something awesome is happening on a new channel in YouTube. Ben Wilkoff has gathered together a few everyday educators who are sharing weekly vlogs about education.

Over the past few years, open curriculum has gained momentum in K-12 education. In the face of difficult economic circumstances, site administrators are finding their budgets squeezed by severe funding limitations. In response to thee challenges, public school throughout the country are building comprehensive online learning environments that present new and exciting learning opportunities for students.… Continue

My highest priority in life? To have a lasting impact on educational opportunities for students everywhere. Lofty, sure. But it's a realistic goal this day and age. Unfortunately, educational technology today often hides content behind registrations, passwords and other digital "walls" that prevent students and other teachers from engaging the content and benefiting from the good work of a great teacher.

I think that's inefficiency in education (because perfect knowledge, for all of… Continue

I just finished Jeff Jarvis’s WWGD. An excellent, if not perfect, read that I highly recommend to colleagues in education. There are some things missing, however, with his chapter on education. He didn’t go far enough.

I am thinking specifically about the role that certain institutions play in the hording of research. For example, when you click… Continue

In Nyack NY, north of NYC, a seed is forming. Flat World Knowledge, a company bent on disrupting the textbook business, is getting ready to move into a private beta next spring with 10 textbooks in business and economics. Jeff Shelstad, CEO, and Eric Frank, CMO, left regular textbook publishing where, as of late, publishers are fighting to keep their head above water by jacking up prices and skewing the revision process. After hooking up with David Wiley and Brad Felix, the group decided to… Continue

I am very excited to (finally) be able to show the new project we've been working on -- the first kids open dictionary. The first phase of this is the collaborative, wiki-based dictionary builder. If you have a second, check out the site and make a quick addition to a definition (or edit one someone else has done).

I have not used Open Office a lot in the past, but have recently begun doing so. In using it on Windows, I am finding it to be very buggy. Is that others experience or is it just me?

Presentation for kids and copyright

| View | Upload your own

See below for… Continue

Kids, copyright, and open ed - one of the biggest learning experiences of the year

This week I had one of my best classroom experiences of the year. I had the opportunity to teach a bunch of middle school kids about copyright and open ed.

It was an incredibly active and engaging discussion, and I learned as much as they did.

A summary of my observations is below. (cross posted from my Mobile Musings blog)

Here is the lesson plan and accompanying resources if anyone wants to use them:…
Continue